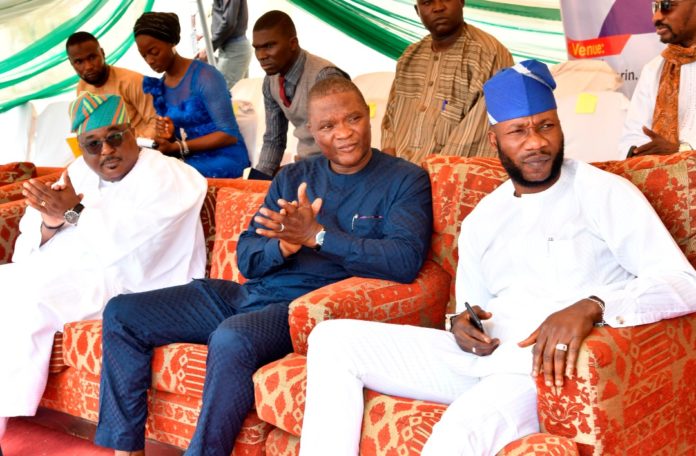 Kwara State has recorded at least 35% rise in hospital patronage in the last three to four months as the government focuses on basic healthcare and coupled with the recent equipment at the General Hospital Ilorin, health officials said at the weekend.

“We’ll make sure that all our primary health centres are properly run and functioning very well. The government will also equip hospitals to meet the medical needs of the people. What you have seen here is a direction of where we are going,” Deputy Governor Kayode Alabi said at the closing ceremony of the free medical and surgical interventions at the General Hospital Ilorin in the state capital.

Alabi, who represented Governor AbdulRahman AbdulRazaq at the event, thanked the Governor for his commitment to the welfare of the people.

The surgical interventions, in which some 500 persons benefitted, was sponsored by the state government in partnership with the Kwara State Association of Nigeria, North America (KSANG) and Sakinah Medical Outreach.

Alabi said the government is determined to secure the services of qualified health personnel to provide quality healthcare services in the state.

Special Adviser on Health Matters to the Governor, Prof. Wale Sulaiman, explained that the just concluded surgical mission was a follow-up to the medical mission held across the three senatorial districts where about 2500 patients were attended to by volunteer doctors from Sakinah Medical Outreach.

“The combined medical and surgical mission is one of those key emergency strategies to bring immediate relief to people that have common ailments such as diabetes, hypertension, infectious and noninfectious diseases,” he said, commending the Governor, the management of the General Hospital, the volunteers, and health ministry officials.

Prof. Sulaiman, who facilitated the surgical interventions, noted that the intervention had brought immediate relief to patients who would have been waiting for years due to lack of funds to access medical care.

Director General of the Kwara State Hospital Management Bureau, Dr Oladimeji Aluko, commended the government for addressing the immediate healthcare of the people, saying that 70% of the beneficiaries are indigent Kwarans.

Aluko said the last four months of AbdulRazaq’s administration has seen between 30 and 35percent rise in patients who patronised state owned hospitals as a result of rising public trust in the government and its interventions like payment of counterpart funds, free malaria treatment and anti-polio vaccination.

“When patients have confidence in your services they patronise. In the first quarter, the increase is extremely significant. In about four months we have 35% increase in patronage. This is a pass mark for the administration,” he said.

Dr Aluko added that the Bureau, in collaboration with the Special Adviser on Health Matters, would come up with a mapping system of zoning hospitals in the state with one referral centre in the each zone.

Prof Abdulfatai Olokoba, the Chief Medical Director of the General Hospital Ilorin, said the recent equipment, opening and commissioning of Intensive Care Unit of the hospital was the first in the history of the state, with the purchase of oxygen concentrator, patient monitors, paediatric sphygmomanometer, automatic defibrillators, oxygen cylinders, and manual and electrical suction machines, among others.

Dr Yusuf Salman, head of the Sakinah Medical Outreach, lauded the government for the programme which he said has offered succour to the poor.

He said the programme served to confirm the readiness of the administration to give affordable healthcare to the poor.
End