Kwara State Deputy Governor Kayode Alabi has stressed the need to fix the power generating outfits to ensure industrial development of the nation.

Mr Alabi made the call on Thursday in Ilorin while receiving members of the Nigerian Association of Small Scale Industrialists Kwara State Capital in his office.

The Deputy Governor said provision of regular and stable supply of electricity is key to industrial revolution of the country, calling on relevant organisations to do the needful.

“We need to follow the example of China and Malaysia to encourage and boost small scale businesses in Nigeria as such will provide employment for the people”, he noted.

Mr Alabi advised the people to embrace solar energy describing it as the future to the problem of electricity in Nigeria and especially Africa.

The Chairman of the Association, Mr Solomon Olawoyin said the body, established in 1978, is to promote entrepreneurship and had conducted Seminars for the youth geared towards enhancing the economy of the State.

Mr Olawoyin commended the State government for its positive approach to governance adding that the people are already feeling its impact especially in the areas of road rehabilitation, water and essential services among others.

The Chairman who said the body is ready to partner with the State government in capacity building of its members called for the utilisation of the Ilorin International Cargo Shed to promote export in the state. 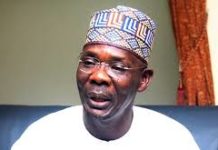 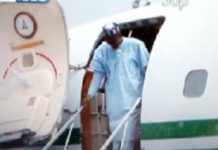