Australians have flocked to tennis courts in record numbers since social distancing measures put in place to contain the COVID-19 outbreak were relaxed, Tennis Australia (TA) said on Saturday. 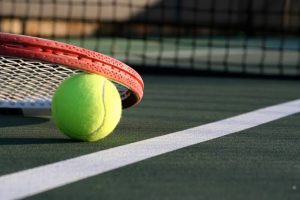 Australia has been generally successful in containing the new coronavirus, even if the populous southern state of Victoria on Friday experienced a 10th straight day of double-digit new infections.

The relaxation of restrictions began in some parts of Australia in early May.

Government has pledged to remove the bulk of them by the end of July, although each state and territory is determining its own pace.

Traffic has doubled from a year earlier among venues that were using the system in May 2019.

“During the pandemic, we are seeing more people enjoying the social, mental and physical benefits of (tennis) while maintaining strict physical distancing measures,” TA chief executive Craig Tiley said in a statement.

“As restrictions in most of the country continue to ease over the coming months, we hope to build on these results as we approach our summer.”

The series gets underway under strict biosecurity protocols at closed venues in Sydney, Brisbane, Melbourne, Adelaide and Perth.(Reuters/NAN)