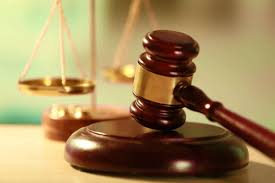 An Ikeja Chief Magistrates’ Court, on Tuesday ordered that a 27-year-old ex-convict, Tunde Ajeigbe, be remanded in Ikoyi Custodial Centre for allegedly stealing a cell phone worth N56, 000.

Chief Magistrate T. A. Ojo, who did not take the plea of Ajeigbe, remanded him pending legal advice from the Director of Public Prosecutions (DPP).

Why Ishaku is governing Taraba from Abuja since December – Aide

Ojo then ordered the police to return the case file to the DPP for advice.

She adjourned the case until April 14 for mention.

The defendant, whose address was not provided, is charged with two counts of conspiracy and robbery.

Earlier, the Prosecution Counsel, Sgt. Kenrich Nomayo told the court that the defendant committed the offence with some others, at large on Dec. 28, 2019 at 10.30 p. m. by 7Up Junction, Ikeja.

The prosecutor said the defendant snatched the phone from the complainant. who was in a commercial bus while on a bike and fled with his gang.

He said that the ex-convict was released from a correctional facility for stealing in November 2019.

The offence, he said, contravened the provisions of Section 297 and 411 of the Criminal Law of Lagos State 2015, 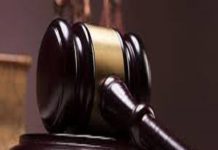