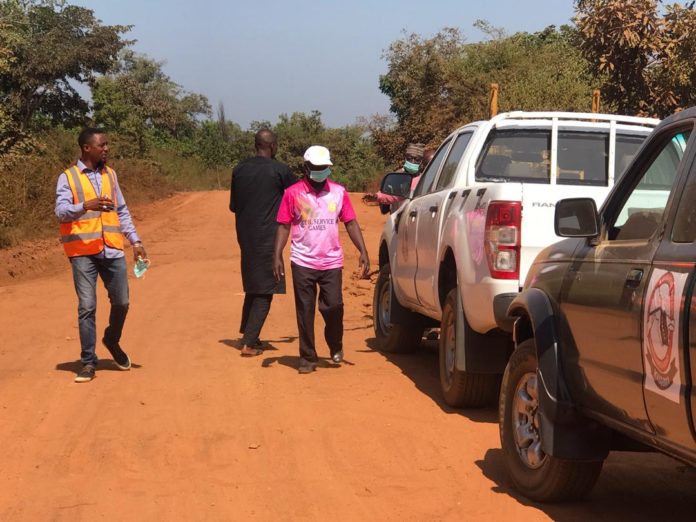 The Permanent Secretary, Kwara state Ministry of Works and Transport, Dr. Yusuf Manjo, has assured motorists plying the 63km Kishi-Kiaima federal road that the ongoing grading of the road by the Kwara Road Maintenance Agency (KWARMA) would be completed within the next two weeks.

Dr. Manjo gave the assurance on Saturday while addressing some stakeholders at Moshi Gada,Tese, Gberia and Aboki during a routine inspection and monitoring of the grading exercise.

The Permanent Secretary commended the Agency for its commitment and job well done, urging it to redouble efforts on
the grading work.

The monitoring team paid courtesy call on the Emir of Kaiama, Alhaji Muazu Omar, where the Permanent Secretary assured him that the road grading exercise would be completed within the next two weeks, while work on the grading of Kaiama-Bode Saadu road up to Channage and Dedegi would commence immediately grading work is completed along Kaiama-Kishi federal road.

In his remarks, the Emir commended Governor AbdulRahman AbdulRazaq for approving fund to KWARMA for the road grading exercise.

The monitoring team included the Director Civil Engineering of the Ministry, and General Manager of KWARMA.