Immunisation: WHO, experts call for safe resumption of services amid COVID-19 pandemic 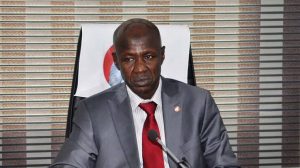 I have also taken note of developments surrounding his unceremonious removal from office, his ongoing probe and subsequent detention. While others seem to be giving the issue political interpretations, our people are getting embarrassed, that, somebody who seemed to be giving us positive signals in our collective quests to change negative perceptions about us, is today being paraded as a common criminal, wrongly or rightly.

Without prejudice to what may turn out to be the findings of the panel probing him, and the eventual actions the Government may take, I am of the view that, the Government needs to tread more carefully in handling the Magu saga, as it has potentials of setting key players in the Government against each other and possibly of expose bigger and more consequential scandals.

I know as a matter of fact that, in adopting anti-corruption as the mantra of this Government, President Muhammadu Buhari might have probably felt embarrassed as a leader of a Nigeria that was rated as one of the most corrupt countries in the world. In reacting to that summation, our leaders cried wolves but decided to play the ostrich, apparently not ready to remedy the situation. The forces that brought Magu might have been confident that he was better suited for the job of adding value to the fight.

Of course, like every mortal, Magu could not have been a saint in a society that is itself thoroughly corrupt. He had his foible and Achilles heels, hence the mistakes, or better still Magu might have succumbed to the general norm which have tended to evade our values. In dealing with the situation, the President needs to personally intervene, knowing that, the narrative is already to the effect that, Magu is a victim of power play.

One does not have to be interested in the forces at play, that brought Ibrahim Magu to spearhead the fight as Chairman of the EFCC, but Nigerians generally regarded it as a bold move. The Government had been so impressed with Magu, and encouraged him on, even at the risk of branding the EFCC as the Government’s hunt dog against perceived opponents and critics. Even Magu’s critics seem to agree, that the EFCC under him was better than it had ever been.

Making an enemy out of a friend who knows so much about one’s activities, is a potentially very costly blunder. Removing Ibrahim Magu from office in the manner it was carried out and making a mockery of all that he had done could turn Magu into the virtual Frankenstein monster of the Government. Even if it was in presence, having danced with him in the euphoria of EFCC’s conquests, presupposes that there were mutual secrets shared with him.

The Government may be shooting itself in the foot if she pushes Magu too much, compelling him to reveal those secrets. Already, the global perspective focuses on the seeming irony in the Magu saga, to the effect that, the same Government that used Magu to propagate its agenda seem to have suddenly discovered that, the Borno State born Police officer was not after all the saint they had hitherto portrayed him to be.

When a blind man challenges an eyed man to a game of stone throwing, he might have already rested his foot on a ready stone, which he will use in the game. Ibrahim Magu’s bold stance in the face of the allegations against him should send the signal that he is ready for the game of throwing stones. Already, there are emergent issues, which may be tending towards rubbishing Abubakar Malami, the Minister of Justice and Attorney General of the Federation; Ibrahim Magu’s accuser in chief.

There is a general perception, that, no matter how solid may be Ibrahim Magu’s defenses, the justice Ayo Salami investigative panel is set to nail him. There are strong indications that it may be long before Magu smells freedom: perhaps not in the life of this administration. However long it takes for him to be free, he will eventually speak and when it does, I fear the contents may not be too palatable.

Ibrahim Magu is no doubt a brilliant police officer, with a potentially bright future, making him the fall guy in the political Chess game will be a great disservice to the nation and most uncharitable to his family. Many potentially resourceful professionals have fallen victims of the power play amongst our political leaders, adding Magu to the list is to further deplete our human resources, especially in the crime fighting organ. Just a word of caution…

Inuwa Bwala is a journalist, author and Publisher of National Trail Newspaper.

Immunisation: WHO, experts call for safe resumption of services amid COVID-19 pandemic

The National Emergency Management Agency (NEMA) says it is seeking partnership with insurance companies and brokers to create awareness on the need...
Read more
- Advertisement -

President Buhari focused on nation building and unity of Nigeria, By Femi Adesina

By FEMI ADESINA To state that we live in challenging times is perhaps an understatement and does very little justice in accurately capturing our current...
Read more

By Isa Gusau - August 10, 2020.   Before reacting to that question-headline, please, take a little while to walk in the 'shoes' of Borno...
Read more