Petroleum dealers in Anambra have threatened to shut down operations in 21 days over alleged government multiple levies and indebtedness.
The operators under the aegis of NNPC Enugu Depot Community issued the warning in a communiqué issued after an all stakeholders’ meeting held in Awka on Tuesday. 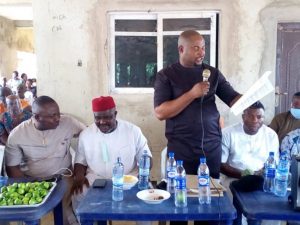 Members of the community included the Independent Petroleum Marketers Association of Nigeria (IPMAN), Petroleum Dealers Association of Nigeria (PEDAN), Anambra Chapter, and Petroleum Tanker Drivers(PTD.
The communiqué was signed by Mr Chinedu Anyaso and Mr Emeka Iloafor, Chairman and Secretary respectively of IPMAN, Enugu Depot, Chief Cletus Okafor and Mr Peter Jideani, Chairman and secretary respectively of PEDAN and Mr Charles Ezeme and Mr Oliver Ekwueme of PTD Enugu Unit.
The Petroleum dealers said they had been harassed by different agencies of government under Internally Generated Revenue who distributed various demand notices for taxes and levies to their members against the existing agreed terms they had with government.
The dealers said that one of its members was indebted to the tune of N13. 6 million since 2017 and government had refused to pay him in spite of all entreaties.
They alleged that there had also been incessant harassment and attacks on petrol stations by the Police.

They tasked the Anambra government on operationalising a Petroleum Tanker Park in the state to stem the tide of incessant crashes and fire outbreak.
“At the end of the meeting, we resolve that Anambra government should direct the relevant agencies to withdraw all the demand notices, revert to previous arrangement already in place and stop harassing our members.
“Government should reach out to the Police authorities to stop forthwith the harassment and attacks on our petrol stations and advise them to focus on their surveillance on states and locations where petroleum products are loaded.
“That the payment of N13.6 million to be made in favour of the marketer concerned.
“Your Excellency Sir, we are expecting that government act on the above demands within 21 working days to avoid leaving us with no other option than to call for withdrawal of our services as we can no longer continue to operate under the present environment,” they stated.
In his reaction, Chief Peter Nwosu, Special Adviser to Gov. Willie Obiano on Oil and Gas promised to relay their message to the governor, whom, he said would address their plights.
Nwosu, who is also a patron of the group, said Anambra would continue to provide conducive business environment adding that the governor would not allow the state to shut down.
He said he was aware of the indebtedness and that it would be resolved in no distant time.
According to him, His Excellency will not allow the worst to happen, the issues will be resolved amicably.On the tanker park, he said that work was almost completed, so my and urged them to remain calm. (NAN)