The Bayelsa State House of Assembly has suspended the Clerk of the House, Owudugo Kozigene, for three...
Read more

The Kano State High Court (Appeal Division), on Thursday, reserved judgment on an appeal filed by a...
Read more

No pardon for rapists, says Sanwo-Olu

The Lagos State Governor, Babajide Sanwo-Olu, has said no offender indicted in reported cases of rape and...
Read more 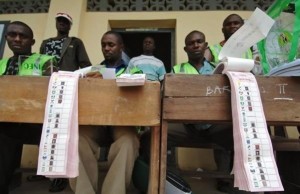 The Bayelsa State House of Assembly has suspended the Clerk of the House, Owudugo Kozigene, for three...
Read more
JUDICIARY

No pardon for rapists, says Sanwo-Olu

The 2020 edition of The Experience, an all-night gospel concert, will hold strictly online, says the organisers of the programme which has become...
Read more
- Advertisement -