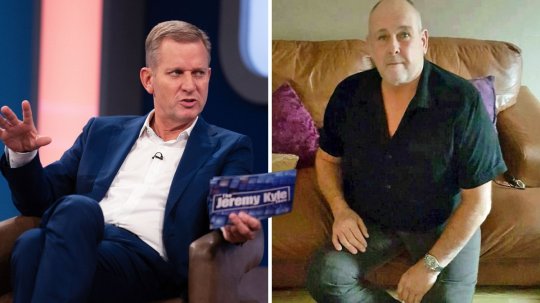 During his appearance, according to reports from audience members, the 63-year-old fell to the floor crying after failing a lie detector test that said he’d been unfaithful to his fiancée, Jane Callaghan. In a message left for his son, Carl Woolley, Dymond apparently continued to deny his innocence. He told the Mail Online: ‘I called after he got home from filming the episode. He was distraught over the break-up of the relationship.’ The health and safety adviser added: ‘He was adamant that he did not lie. He was so upset that he wasn’t making much sense, but he just kept repeating, “I haven’t cheated, Carl, I swear I haven’t cheated.”‘

As a result of the news, Jeremy Kyle was immediately was pulled off the air and filming ground to a halt until further notice. All previous episodes were also removed from the ITV Hub, and it was reported that Jeremy thought ITV was ‘waiting for an excuse to axe the show’. It was later revealed in a leaked e-mail by ITV bosses that it was done in order to protect the series from backlash. Questions about the show’s duty of care has come under fire, something they have adamantly defended. Their aftercare was also praised by other participants of the show after their experience However, Alex Reid has admitted he wished he had never taken part, and a former runner slammed the show, calling it ‘exploitative’.