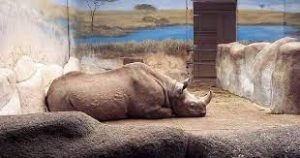 Some experts have decried what they called disappearing zoo culture in the country, attributing it to poor maintenance of most zoological gardens and the current state of the nation’s economy.

Answering questions during a survey with our correspondent, the experts said that the poor state of the economy had compelled most Nigerians to consider visiting zoological gardens as secondary.

A don, Prof. Lameed Gbolagade, told our correspondent that the current state of economy in the country made many people prefer basic human needs, such as food, shelter and clothing, to leisure or relaxation.

According to Gbolagade, hardly do Nigerians consider going to zoological gardens as relevant or important any more, except students who are compelled by their various institutions and few others.

“Zoological gardens and other places of tourism are at the receiving end of such rejection.

“The money accruable from ticketing has been grossly reduced. Consequently, many animals are being starved or deprived of basic necessities,” he said.

Gbolagade, who is from the Department of Wildlife and Ecotourism Management, University of Ibadan, however, said some zoological gardens were still managing to survive in spite of the challenges.

“Others have ceased to exist due to low patronage as well as lack of good and healthy species that can be displayed in the zoo.

“The species are called ‘keystone species’, such as the big five: lion, elephant, buffalo, giraffe and python/chimpanzee/gorilla, all of which can attract visitors’ interests,” he said.

Gbolagade said many people were yet to recover from Ebola and COVID-19 pandemics which, he said, were erroneously believed to be caused by exposure to wild animals.

The don added that many zoological gardens could not afford to feed their animals, pay the salaries and emoluments of their workers and meet other necessities.

“However, new zoos are coming up, either from individuals or institutions, depending on conservation interest and ability to manage the species of animals in captivity,” he said.

Also, Dr Amos Olorunnipa, an expert in Anthropology, Cultural Studies and Heritage Consultancy, noted that there were some zoological gardens in some locations, although they might not be fully functioning.

“There are zoological gardens in places like Obafemi Awolowo University, Ile-Ife and Jos in Plateau,” Olorunnipa said.

He attributed the closure of some zoological gardens to factors such as inadequate management, lack of enough space, food, water and veterinary care as well as lack of interest on the part of visitors and poor finances.

Olorunnipa said that zoological gardens were no longer visited regularly by most people due to the current economic hardship in the country, lack of financial backing, increase in zoo entry charges, insecurity, kidnapping, banditry and insurgency.

The don also listed COVID-19 pandemic and absence of some animals that usually attracted visitors as part of the reasons for closure of some zoological gardens.

“Another likely factor may be the story of some dangerous animals already heard by the public, while some may think that visiting the zoo is not as educative nowadays as it used to be,” he said.

Olorunnipa however, stressed the need for revival in zoo management, importation of more wild animals that could attract visitors and intensification of public enlightenment.

For Mr Tony Adegoke, an Osogbo based zoologist, poor budgetary allocation, inadequate maintenance and illegal killing of wildlife were major setbacks to development and sustenance of zoological gardens in Nigeria.

“If both the state and federal governments can allocate enough funds for the maintenance of the animals, some of the ailing zoological gardens can still come alive for the benefit of the people,” Adegoke said.