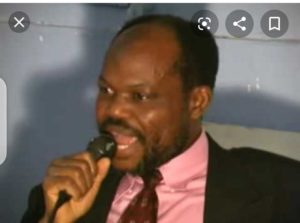 Going down in history by a Nigerian Mathematical Legend, Professor Gabriel Audu Oyibo, is his God Almighty Grand Unified Theorem, GAGUT which he disclosed has the ability to solve all human and mathematical problems.

Prof Oyibo who briefed journalist in Abuja, Via skype from Russia stressed that GAGUT known as the “Theory of Everything” has been recognised by Russian President Putin as a theory that can improve the lifespan of man and his relationship towards others.

According to Professor of Mathematics of OFFPPIT Institute of Technology, New York, the needed revolution in science and technology has commenced through his theory.

He stated that there are facts put together in the theory that will that produce a common goal, also help to instigate a scientific revolution in the country and win more young people into science.

The Igala born and Nobel prize winner said that his GAGUT will allow all GAGUTIAN countries to summarize the results of many research studies and integrate numerous principles of learning, will provide starting points for conducting new research and also offer ya way for describing why things happen, adding that this recover will begin Africans journey to recover from foreign colonization.

‘‘In a simple language, GAGUT states that GOD or everything including the Unified Force Field or any fundamental force or particle interactions, is conserved within a transformation process over space and time, which cannot be disputed by any logical process. It can b e applied to every area of mankind.

‘‘It is therefore the provable truth or theorem of everything which has no possibility of errors logically or geometrically. Any experiment which fails to verify the GAGUT equation is deemed to have been done incorrectly since GAGUT is a Theorem. These suggestions or conclusions are based on the reality that GAGUT is the theorem or a provable truth of everything that says everything is conserved within a transformation process over space and time’’ he explained.

He however added that the theory will solve problems in food production by providing urgent food production training for African to enable it feed her population and even export food internationally.

Also speaking was the Attah of Igala, His Royal Highness Micheal Ameh Oboni who lauded the discovery of Prof Oyibo noting that the Nigerian press had done very little in propagating the great work of the mathematical legend.

His Highnesss Oboni, who added that Prof was his classmate while in secondary school stressed that with the application of GAGUT in the Nigerian economy the lives of everyone will be transformed and largely improve.

‘‘This is a new dawn for GAGUT and as Nigerians we are pleased to have produced such great mind from among us who is a son of the soil. His discovery has become the future of our world, the strength of America lies in his discovery. His revelation is from God which is far above what other great scientist of the past have propagated.

‘‘This theory which is the father of all theories has proven to the world that the black race is the number one in the world.  It is a solution to all man problems and can be applied to every areas of mankind’’ he said.

Kwara: EFCC arraigns ex-scholarship board chairperson, two others for fraud