The Management of Usmanu Danfodio University Teaching Hospital (UDUTH) Sokoto has hiked its service charges by more than 100 per cent to maintain efficient service delivery. 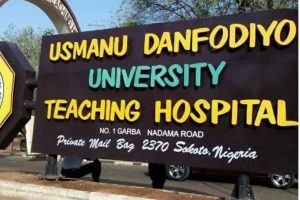 Mr Buhari Abubakar, the Hospital’s Head of Public Affairs told the News Agency of Nigeria (NAN) on Saturday that the institution’s charges still remained the lowest in the country.

Abubakar said that the increase was necessitated by the prevailing increase in prices of antigens and other medical consumables.

He added that the increase was implementable from July across all departments, laboratories and other areas.

“The last time the hospital increased charges was in 2015,’’ he said.

According to him, the move was not motivated by the profit motive but to sustain revolving hospital activities, which are about going down.

He remarked that the health sector was generally experiencing financial difficulties and “UDUTH is not in the exception.

“Increased charges is better than halting the services and not unconnected with realities of economic situations in the country in term of prices of items, chemicals, antigens and consumables’’.

He noted that it was better for patients to pay slightly higher and access health services than go to pay higher costs and inconveniences of travelling to Abuja, Zaria, Jos or other areas to obtain such services.

Abubakar reiterated that the hospital had been running at a loss before now and that the current move was part ways of ensuring that it remained sustainable as an institution. (NAN)

People's DailyPoverty is a chronic affliction of human society and a common challenge faced by the whole world. China had long been...
Read more
News

The 800,000 doses of the China manufactured vaccine - Vero Cell- against COVID-19 infection will be administered to the frontline workers as...
Read more

The National Tuberculosis and Leprocy Control Programme (NTLCP) held a medical outreach to create awareness about Tuberculosis (TB) in Lugbe community of the...
Read more

The National Primary Health Care Development Agency has not received any official report of serious adverse effects from the  215, 277, people who...
Read more
- Advertisement -