3 docked for allegedly beating up, threatening to harm neighbour 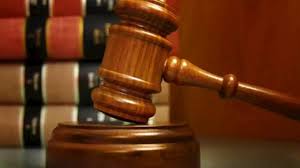 Three people were on Monday docked in an Ogudu Magistrates’ Court, for allegedly beating up and threatening to harm their neighbour.

The police charged Paulina Oladipupo, 40, and her brother, Joseph and Ibukun Olagunju, 28, who all reside in Shomolu , Lagos with threat to life and assault.

They pleaded not guilty to the charge.

The Prosecution Counsel, Insp Donjour Perezi, told the court that the defendants committed the offence on Sept. 29 at their residence.

Perezi said that the defendants beat-up their neighbour, Aisha Akinleye and threatened to burn her.

Perezi said the complainant, who feared that the defendants may one day carry out their threats, reported the case to the police.

He said the offence contravened the provisions of sections 56, and 172 of the Criminal Law of Lagos State, 2015.

Our correspondent reports that both sections prescribe one year imprisonment for threatening violence and assault.

Magistrate O.M. Ajayi admitted the defendants to bail in the sum of N100,000 with two sureties in like sum.

She adjourned the case until Nov. 1.

A Magistrates’ Court in Ilorin on Friday, ordered that two men be remanded in a correctional centre for allegedly procuring an abortion for...
Read more
- Advertisement -