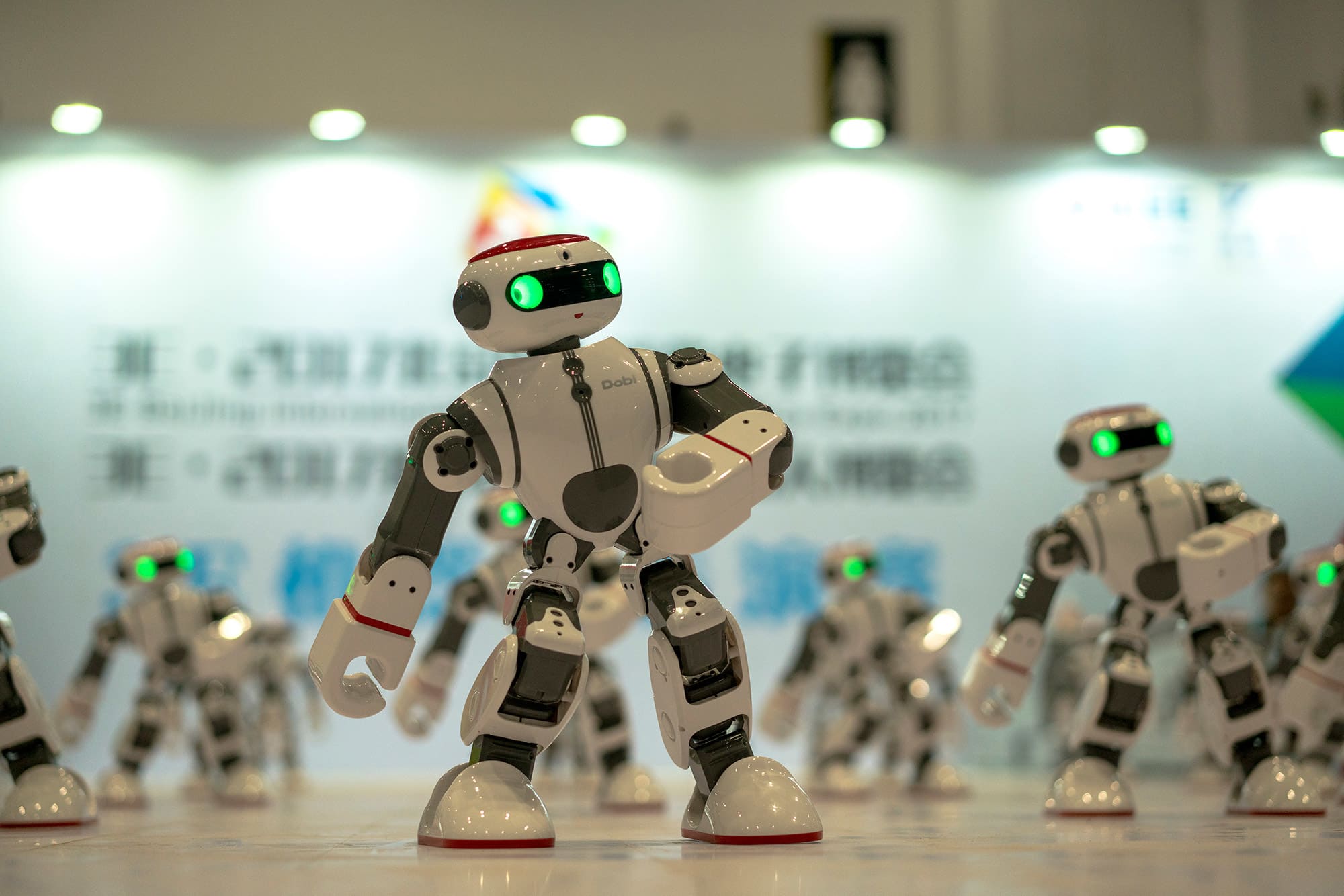 The 2021 World Robot Conference was held at the Beijing Etrong International Exhibition and Convention Center from Sept. 10 and 13.
A number of the latest achievements in the sci-tech and industrial world were exhibited at the 2021 World Robot Expo, which ran parallel to the Conference, making the event an important stage demonstrating the frontier robot technologies and industrial development.
The World Robot Expo set up three major exhibition sections for industrial robots, service robots and specialized robots. A total of over 500 products were showcased by some 110 enterprises and scientific institutions, many of which were unveiled for the first time.
The Chinese robot industry created a value of over 100 billion yuan ($15.52 billion) last year, making China a dynamic engine driving the development of robots around the world, said Xin Guobin, vice-minister of the Ministry of Industry and Information Technology, at the opening ceremony of the Expo.
An expert told People’s Daily that in general, the Chinese robot industry has rapidly improved its basic performance in recent years, and is gradually stepping into the mid- and high-end market. It is already leading the world in certain innovation and application sectors, the expert said.
Industrial robots are mostly applied in auto making, metalwork and electronics sectors. However, in recent years, they have been gradually seeping into furniture, home appliance, hardware, sanitary fitting, and food and beverage industries. According to statistics, China has been the world’s largest market for industrial robots for eight consecutive years.
Human-robot collaboration is a vital trend for technological innovation in the development of industrial robots, and surgical robots are a typical example of it. This year’s exhibition area for medical robots was doubled when compared with that in the last session, where some surgical robots caught huge attention. Collaborative robots are smaller, lighter and more flexible than traditional ones, and they play a very important role in industries that require high-precision assembly and packaging.
The development of artificial intelligence very much facilitated the rapid progress of service robots in recent years, as the speech understanding and visual recognition functions are making these robots smarter. Service robots, in particular those for rehabilitation and companion, are on a rapid progress, too, especially in the housekeeping and elderly care industries. Chinese service robots are basically moving neck and neck with their foreign peers in terms of speech understanding and image recognition technologies.
Besides, China has also built a batch of very competitive specialized robots, including special unmanned aerial vehicles, underwater robots and rescue robots.
Chen Jin, a technician with Chinese robot manufacturer Lesen, told People’s Daily that the company has developed a heat-resistant robot that is able to work for 30 minutes non-stop in an environment of 1,000 degrees Celsius. It greatly expands the range of operation for firefighters and rescuers, as fires taking place in airtight plants would always make temperature go up to 800 and even 1,000 degrees Celsius in about 10 minutes, which prevents rescuers and equipment from getting close. He introduced that this robot has already been utilized by firefighting departments.

Working at the Xishuangbanna Tropical Botanical Garden (XTBG), a tourist attraction and research institute under the Chinese Academy of Sciences (CAS), in southwest China’s...
Read more

Complete reunification of China will be and can be realized

“The complete reunification of our country will be and can be realized,” said Chinese President Xi Jinping, also general secretary of the Communist Party...
Read more
- Advertisement -