Climate change: AfDB to double financing for Africa to $25bn by 2025

The African Development Bank (AfDB) has committed to double its climate finance for Africa to 25 billion dollars by 2025, with more than 50 per cent devoted to climate adaptation. 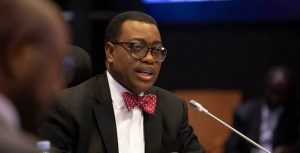 The President of the bank, Dr Akinwumi Adesina, made this known at a virtual High-Level Launch of the Global Centre on Adaption (GCA) office in Africa on Tuesday.

According to the European Commission, climate adaptation means anticipating the adverse effects of climate change and taking appropriate action to prevent or minimise the damages, or taking advantage of opportunities.

Adesina said that the fund would address climate risks the continent faced to ensure the continent was not short-changed by the global climate finance.

“I am delighted with the launch today of the Global Center on Adaptation for Africa (GCA) hosted by the African Development Bank.

“The bank has committed to doubling its financing for climate to 25 billion dollars by 2025 with over 50 per cent devoted to climate adaptation.

“Africa must not be short-changed by global climate finance.”

He reiterated AfDB’s continued partnership with the GCA to mobilise more resources for climate adaptation and ensure access to finance is sustained in the continent.

He urged African leaders to collaborate their efforts toward the sustenance of the centre to ensure sustainable development in the continent.

Also speaking, Mr Ban Ki-moon, Co-Chair of the Board of GCA and 8th Secretary-General of the UN said the launch would accelerate adaptation in Africa.

“This is a historic moment to accelerate adaptation in Africa. Nowhere is the challenge of achieving sustainable development in the face of a changing climate more acute.

He said that Africa had a large population of youths and urged partners to work together and “invest in young the people and maximise their potential”.

“We must learn to work together to find solutions,” he added.

“More than any other region, sub-Saharan Africa is vulnerable to the impact of climate change, which threatens lives and livelihoods and undermines economic growth.

“After the current crisis (COVID-19), boosting resilience is an urgent priority so it’s vital we share the knowledge and best practice that can help accelerate climate adaptation.”

Amina Mohammed, Deputy Secretary-General of the UN applauded the launch of the GCA Africa, which she noted would ensure a more resilient Africa.

“There is an urgent need to step up the support for people in Africa, and around the world affected by climate change.

“I welcome the GCA Africa as a crucial partner in delivering the elevated ambition and enhanced action that is needed to make this shift toward a resilient future.”

Mohammed reiterated the commitment and support of the UN toward the development of the continent.

President Ali Bongo Ondimba of Gabon and Chair of the African Adaptation Initiative (AAI) assured of the initiative’s partnership with the GCA toward the promotion of a resilient climate.

“The devastating effects of climate change, which include severe droughts, floods, reduced agricultural yields, sea-level rise, and other climate-related disasters are on the rise.

“The launch of GCA Africa is a bold and innovative initiative to galvanise the support needed to significantly scale up adaptation on the continent, identify gaps and connect regional partners to find solutions,” Ondimba said.

The GCA launch was hosted by the AfDB at its headquarters in Abidjan, Cote d’Ivoire and had several African leaders and international organisations’ leaders giving their support.

GCA Africa will work with partners across the continent to scale and accelerate adaptation action that protects African communities from the impacts of climate change.

The centre will focus on programmes and action, knowledge acceleration, capacity building and agenda-setting that respond to the acute challenges from the changing climate facing African countries.

The programmes include improving the food security of one billion people in Sub-Saharan Africa by 2030.

This will be done through a programme on rural well-being and food security, as well as projects to support communities through water for urban growth and resilience; using nature for more resilient infrastructure; adaptation finance and building youth leadership.

The GCA has its headquarters in the Netherlands and regional offices in China and Bangladesh. (NAN)

Petrol scarcity in Taraba due to shortfall in supply from depot, says DPR

The Department of Petroleum Resources (DPR), Taraba Operations Office, on Friday said that a shortfall in the supply of petroleum products was responsible...
Read more

President Muhammadu Buhari says focus on job creation, consistency in policy and innovation stimulated a 5% growth of the economy in the second quarter,...
Read more