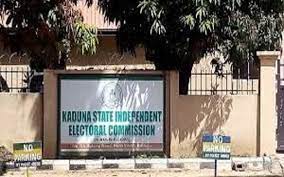 Our correspondent reports that the election is slated for Sept. 4  across the 23 Local Government Areas of the State.

Mrs. Saratu Audu-Dikko, Chairman of the commission, displayed the materials in the presence of stakeholders, made up of representatives of political parties and security agents, before distributing same.

She said the idea of displaying the materials was to confirm that they had not been tampered with.

She said that the idea was to demonstrate and confirm that they have not been tempered with.

The chairman said that similar exercise was conducted in respect of the ‘distribution list’ for stakeholders to have an ideas of the number of forms that would be sent to each Local Government Area.

“The entire exercise is to display transparency and instill public confidence,” she said.

***Plot To Retire Adamu, Almakura, Sule From Scene ***They are political neophytes, we are in control-Sule By: Politics Editor Nasarawa State promises to be the melting pot...
Read more

The All Progressives Congress (APC), Zamfara chapter has congratulated Bola Tinubu for emerging the party’s flag bearer in the 2023 presidential election at the...
Read more

13 aspirants slug it out at APC’s presidential primary election

Contrary to earlier media speculations that only five aspirants would contest the All Progressives Congress (APC) presidential ticket,13 aspirants are currently slugging it out...
Read more
- Advertisement -