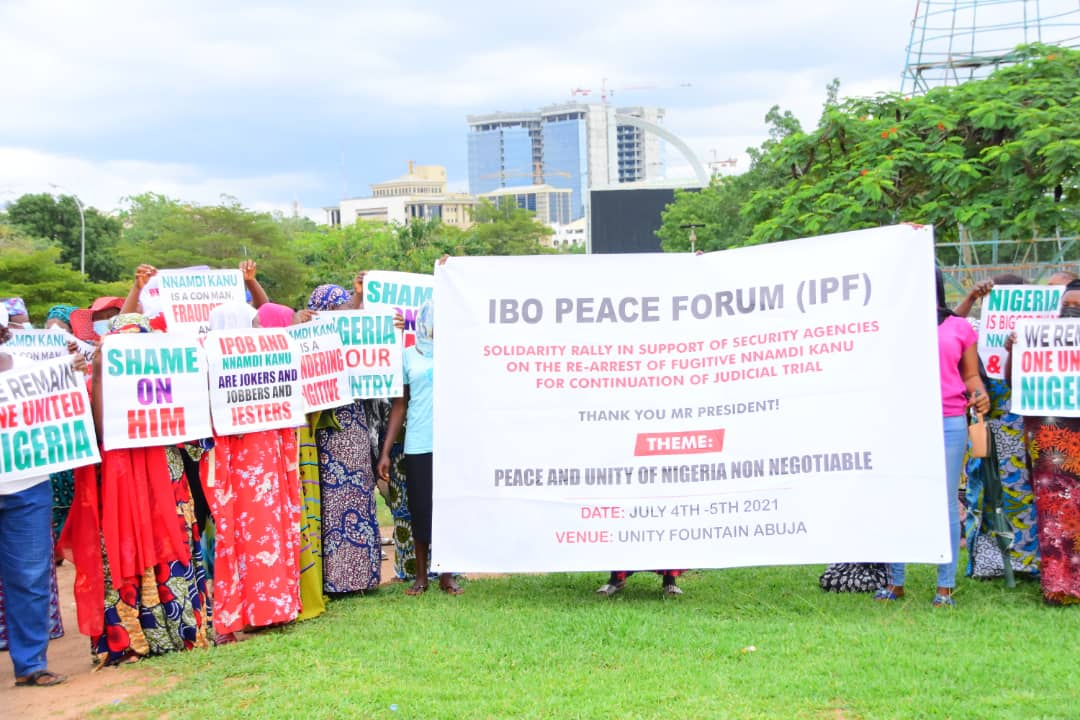 As reactions continue to trail the rearrest of the leader of the proscribed Indigenous People of Biafra (IPOB), the Igbo Peace Forum (IPF) has commended security agencies for their dexterity in recent security operations in the country.

Consequently, the group held a solidarity rally in Abuja to register their support for President Muhammadu Buhari, security agencies and urged the government to press charges of mass murder against the leadership of IPOB.

“We all remember how one individual could order from abroad attacks on government formations, killing hundreds of innocent people. IPOB caused the death of hundreds of people in the south east region”, the group alledged.

It further maintained that the only way government could console Nigerians was to bring the perpetrators to justice.

“Now, with the arrest of Kanu, appropriate charges of mass murder should be pressed immediately. It is the prosecution of this criminals that would give credence to our sovereignty and restore confidence in the masses. The activities of IPOB were giving innocent Ibgos a bad name and endangering their livelihood in other parts of the nation”.

The group said the department of state security service has by this successes, lived to their constitutional role of defending the nation and urged that all those arrested should be made to face the full rath of the law.