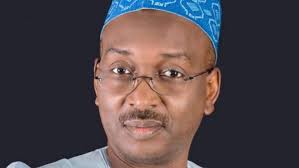 Dr Salihu Lukman, Director-General, Progressives Governors Forum (PGF), has called for a new approach in information management in Nigeria, to ensure that public debates are guided by knowledge and not sentiment.

Lukman stated this in a statement made available to our correspondent on Friday in Abuja.

He said that government broadcast stations should also be encouraged to create customised programmes towards facilitating engagement between government officials and citizens on critical issues affecting the country.

“One problem of information management in the country is funding, often without funding no initiative is taken and most times the funding is inflated beyond rational reasoning.

“New approach and orientation are required, which should redesign the work of information managers in all spheres.

“The new regime of problem-solving information management should be oriented based a commitment to weed out all the superfluous costs that adds no value to the process of information dissemination.

“In addition, government broadcast stations such as NTA, Federal Radio Corporation of Nigeria (FRCN), Voice of Nigeria (VON) and our correspondent, among others, should be encouraged to create customised programmes,” he said.

Lukman said that such programmes should be aimed at undertaking public reviews of challenges and progress being made in fighting security challenges in the country.

“In the context of facilitating engagement between government officials and citizens working in the field of enquiry about critical challenges facing the country, NTA and FRCN should have a weekly or daily programes at prime times.

“Based on such reviews, both designated officials of Nigerian security services and non-state actors who have undertaken studies on Nigeria’s security challenges, could feature and assist in guiding national debates.

“This could also facilitate uptake of important recommendations from reports.

“Once the All Progressives Congress (APC) continues to allow speculative and false national debates such as the issue of unfounded agreement between Nigeria and U.S Government on the use of the A-29 newly acquired Super Tucano jets,” he said.

Lukman added: “It is indicative of a weak communication management framework which may only worsen the challenges facing the country.

“Inability to use knowledge to guide public debate is what confer legitimacy to so-called editorial opinion by arrogant news medium such as The Economist based on old ideological mindsets.

“Resolving the security challenge facing the country is about winning the hearts and minds of Nigerians.”

The Speaker, Plateau House of Assembly, Mr Abok Ayuba, has been impeached by eight of the 24 members of the legislature. The unusual sitting...
Read more

By Stephen Olufemi Oni, Ilorin The new Chairman of the Kwara State All Progressives Congress (APC), Prince Sunday Fagbemi, has stated that he has...
Read more

By Stephen Olufemi Oni, Ilorin The new Chairman of the All Progressives Congress (APC) in Kwara state, Prince Sunday Fagbemi, has stated that the perceived...
Read more
- Advertisement -