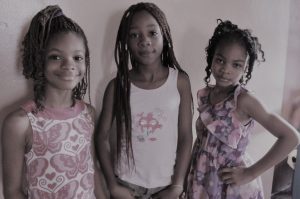 According to the World Health Organisation (WHO), adolescence is a critical period that can determine the trajectory of girls’ lives.

It is a stage at which key investments and support can set girls on a path toward empowerment, or when discrimination, recurrent constraints, harmful practices, and violence can send them down a negative spiral.

These come with lifelong consequences, not just for themselves, but for societies and future generations.

However, the girl-child all over the world has encountered some forms of challenges as a result of cultural, religious, political and social beliefs.

These challenges, quite naturally, in some cases, have made the girl-child an ‘endangered’ specie.

Some of these challenges include early marriage, pregnancy, violence at home and school, lack of funding, child/domestic labour, poor sanitation and WASH facilities, insecurity, wars and natural disasters, disabilities and “just because they are girls” as part of cultural discrimination, among others.

To find solutions to these, the global community came together under the instrumentality of the Millennium Development Goals and finally, the Sustainable Development Goals (SDGs) to see that the girl-child is liberated from everything hindering her.

It is in the light of this that October 11 was declared the International Day of the Girl- Child to celebrate female folks in general.

Our correspondent reports that the theme for the 2021 celebration is “Digital Generation: Our Generation”

Scholars, Artistes and Non Governmental Agencies have advocated the empowerment of the girl child using the tools of technology.

There is a consensus among them that access to affordable and accessible education is a right that should not be denied the girl-child.

Owasanoye, made the assertion while addressing a group of Lagos State Secondary School Students drawn from selected schools in the various education districts.

The project, sponsored by ActionAid Nigeria and Nora’s, was organised to listen to and encourage the girl-child to be the best they can be in future.

The executive director urged the students to believe in themselves, adding that they have the ability to achieve whatever good things their mind could conceive.

She noted that God created them equally as their male counterparts with abilities to excel in all walks of life.

In addition, she said that school counselors have a lot to do in guiding the students.

According to her, confident relationship should be established between teachers and their students to enable openness in the sharing of the students’ challenges.

Owasanoye added that through technology, the girl- child could learn anything on the internet but cautioned against the use of the internet for negative and immoral reasons.

Contributing, Prof. Philip Ujomu of the Federal University, Wukari, Taraba, highlighted the primary challenge facing the girl-child to include the inability to fully implement the SDGs in terms of access to education for the girl-child.

Ujomu listed other challenges as access to healthcare, human rights, domestic violence, widowhood, among others.

However, the professor said that Nigeria had not fared badly in terms of efforts at mitigating these challenges but that constitutional reforms are necessary for more inclusion of women in participatory democracy.

He said that affirmative action for the girl-child, increase in budgetary allocation to education, youth empowerment with special reference to girls are ways the government could turn the fortunes of the girl-child.

“We have to be conscious that the girl-child is naturally disadvantaged.

“Some cultural and religious practices threaten the future of the girl-child in Nigeria,” Ujomu affirmed.

The don urged the girl-child to leverage technology in the pursuit of her dreams.

According to him, education is now available online and the girl-child should make use of the internet for self improvement.

Also, a Nigerian Actor and Comedian, Afeez Oyetoro, popularly known as ‘Saka’ , said that the girl-child has great future ahead of her.

Oyetoro said that the girl- child in Nigeria, unlike in times past, is competing with her male counterparts in the education sector.

“There is a better future for the girl- child in Nigeria unlike before where girls where not allowed to go to school.

“ In those days the girl child was forced into early marriage.

“Now, parents have seen the need for education of the girl-child,” Oyetoro said.

To encourage the girl-child, a Movie Producer, Ambassador Kolawole Princess, said she would devote some of her films and drama piece to changing the orientation of the girl-child.

Princess, producer of Mummy G.O Films, said that her scripts would contain life stories of challenges of the girl-child to teach morals in the society.

The Coordinator of Safe Mamahood, a Social Initiative Group, Ms Vivian Agomuo, advised that the WHO’s recommendations to improve the lot of the girl-child be adopted and implemented.

According to her, they include investing in the girl-child to equip them with skills, confidence, and life options through family, schools, technical and vocational education and training, and health, social and economic support systems.

“It is advised that infrastructure, services, and technology be made accessible to girls and effective in meeting their needs for safety, connectivity and mobility.

“Also, facilitating girls engagement in civic, economic and political life as well as continuing to advocate against girls and women.

“There is also need to strengthen data, measurement and the evidence base in relation to the empowerment of and violence against adolescent girls,” she urged.

Efforts should be geared towards access to education and empowerment for the girl-child to enable them contribute meaningfully to the society.

When the girl-child is empowered, it benefits all.

This is because the girl-child who is empowered grows into an empowered woman who can care better for themselves and their families, increase their earning potential, serve as active and equal citizens and change agents.

Equally, they will stimulate economic growth for themselves, their families, communities and nations.