Skip to content
The Peoples Democratic Party (PDP), has commended  decision of the United Kingdom to impose visa ban as well as seizure of assets and property belonging to those involved in undermining of Nigeria’s electoral process. 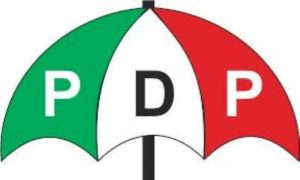 The PDP National Publicity Secretary, Mr Kola Ologbondiyan, said the decision is commendable, coming particularly ahead of the Edo and Ondo governorship elections.
He commended the United Kingdom for her quick response alongside the U.S. in the global bid to stop the unbridled electoral fraud being perpetrated by political leaders, as well as  compromised electoral and security officials.
“With the emerging global action, our party reiterates our call to other countries such as the United Arab Emirates, France, Spain, Canada as well as African countries and the ECOWAS member states to impose similar sanctions.
“Similar sanction should be imposed on these unscrupulous elements and their family members,” he said.
He said the PDP, being the genuine Pan Nigeria political platform,  standing with the Nigerian people, urged the world community to profile the election riggers, their election and security agencies.
He stressed the need to  ban their family members from benefiting from services from other countries of the world.
He added that those at the forefront of plots to undermine the country’s democratic process in Edo governorship election, should also be immediately profiled for sanctions.
“On our own part, the PDP remains law-abiding but will never allow anybody to use any means whatsoever to manipulate the Edo and Ondo governorship elections.
“Never! Not after the people of Edo have manifestly expressed their resolve to re-elect our candidate, Gov. Godwin Obaseki on Saturday.
He added that the people of Ondo state had also resolved to vote for PDP, with its candidate, Eyitayo Jegede on Oct. 10.(NAN)
The Peoples Democratic Party (PDP), has commended the U.S. for its fresh imposition of visa ban on those undermining  Nigeria’s democracy and electoral process. 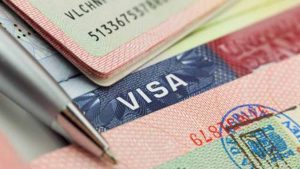 The party gave the commendation in a statement issued by its National Publicity Secretary, Mr Kola Ologbondiyan, in Abuja on Tuesday.
Ologbondiyan urged the U.S. Department of State to include family members and assets of such anti-democratic agents who had destroyed the credibility of Nigeria’s electoral process.
He urged the U.S. to also invite the European Union as well as other nations, particularly the United Arab Emirates (UAE), and Saudi Arabia, to impose similar sanctions on electoral violators, who were bent on destroying Nigeria’s democracy.
“The PDP further demands an extension of the ban to families as well as confiscation of assets of such individuals.
“This is to serve as stronger deterrent to protect innocent Nigerians who are left to bear the brunt of the misdeed of such unpatriotic persons,” he said.
Ologbondiyan said that the visa ban, if taken across the globe, would be a final warning to political leaders as well as compromised security and electoral officials being used to perpetrate electoral violence and manipulations.
He added that it was instructive to note that the announcement by the U.S. was an unambiguous cautionary to those plotting to use violence to undermine the sanctity of the Edo and Ondo state governorship elections.
Ologbondiyan added that the U.S. ban was, therefore, a firm support to PDP stiff resistance to plots by those who had been overheating the polity in Edo  with serial attacks on other political parties.
He said it was a warning on those  assembling thugs, cultists, fake policemen who had been instructed to invade polling centres to unleash violence and undermine the electoral process in Edo and Ondo states.
Ologbondiyan advised the Independent National Electoral Commission (INEC) and all security agencies to note that the world was watching, thereby the need for them  to act by the rules.
“The PDP, in commending the U.S., urges Nigerians, particularly in Edo and Ondo states to remain at alert and strengthen their resolve by voting and firmly defending their votes from the polling and collation centres to the final declaration of results.
“This should be done with the determination to unbridle the instrument of resistance to anybody at all who attempts to undermine their will at any level of the process,” he added.  (NAN)