To state that we live in challenging times is perhaps an understatement and does very little justice in accurately capturing our current realities. Those realities include a world faced with a pandemic the scale of which hasn’t been seen in 100 years. The crisis has crippled economies, destroyed global supply chains and obliterated once productive and viable sectors of the economy. 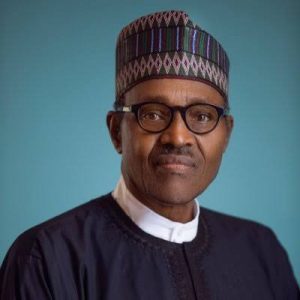 Our dear nation has not been spared in this difficult period and, indeed, has felt the impact of the global crisis. But as a responsive government, the Buhari administration has within limited resources designed responses that are targeted at mitigating the full impact of this scourge.

The Economic Sustainability Plan has earmarked N2.7 trillion in spending to create and sustain jobs and livelihoods for those who have been impacted the most by this crisis.

Despite battling with low public revenues, and the hydra-headed monster of low oil price and a reduced production quota from OPEC, this administration remains committed to honouring the promises made to the Nigerian people across the key areas of Security, Economy and fighting Corruption.

At the just concluded Inter-Ministerial Retreat, the entire Government apparatus was gathered under one roof to review performance over the last year, with a singular objective of identifying how to improve in those areas where successes fell short of target, and how to replicate those key elements that led to success in others.

A frank conversation took place between the participants and independent assessors. Amongst the critical themes that emerged from the two-day session was the need to improve focus, coordination and collaboration amongst Ministries, Departments and Agencies, and the importance of rigorous execution, monitoring and evaluation of projects and activities against set targets.

Regarding domestic policy actions, the last week has seen critical decisions around the economy being taken. These are decisions that for many years previous governments have shied away from, and as a result cost our country several billions of dollars.

This was funding that could easily have been deployed elsewhere in support of millions of our citizens, as opposed to subsidizing a small percentage of our population. If we continued along this path it would portend a very dark and uncertain future for our country.

As most crisis managers state, “Never allow a crisis go to waste.” Such periods present an opportunity to take stock and make difficult decisions. These domestic policy decisions were by no means easy, but are in the best interest of our nation.

The impact of this decision is to have an improved allocation of very scarce resources, create an opportunity for private sector investment to return to sectors where government intervention had created distortions in various ways. The return of the private sector promotes job creation and provides for the entrepreneurial genius that is embedded in Nigerians.

Leadership is about making tough and difficult decisions and not a popularity contest. President Buhari’s commitment to doing the right things in the best interest of our country should never be in doubt.

In the regional sphere, Mr. President has not shirked from his responsibilities of promoting alongside other sub-regional leaders the principle of non-acceptability of change of government other than by constitutional means, and the values of democracy in places like Mali and ensuring that peace and security are maintained in neighbouring countries as they have a direct impact on our own security and territorial integrity.

Mr. President is also fully aware that there are historic fissures that exist in various locations across the country, and has advocated for dialogue between key parties who are direct stakeholders in ensuring peace.

An example is the recent peace dialogue that took place in Kaduna between warring groups that have been at each other’s neck for quite some time. Their efforts to sit across the table and dialogue on how best they can resolve their differences, is the pathway that needs to be charted in addressing our internal issues. Such peace moves, which would be deepened and extended to other parts of the country, are critical to our continued existence as a people and as a nation.

However, what is sad, and most reprehensible is the conduct of those who should know better and should be seen to be playing a leading role in bridging and or mediating these fissures that we have lived with, who now invest their time in trying to deepen those fault lines and stoking ethnic embers in very subtle and manipulative ways that eventually find their way to the public sphere.

Given the plethora of challenges that confront our nation, Mr. President’s attention is on how our growing youthful population can compete in a world that has no boundaries and barriers, given our very fertile land. Focus is on how we can best improve agricultural practices and increase yields per hectare, so our farmers benefit from their sweat and honest labour.

Also under attention is how connectivity between markets and people can be improved so that commerce and movement of persons can thrive and flourish.

How do we deepen technology penetration to ensure that we are not left behind in the digital race? These are a few amongst the things that occupy the thoughts of the President.

All statesmen will be judged by their records long after they exit the scene, and President Buhari is focused on deepening Nigeria’s unity and laying a solid foundation for the transformation of our country so that future leadership can build on.

Therefore, he will not be deterred by those whose singular objective, carried out through a veil of deception, is a cocktail of hate-inspired messaging and vitriol intended to distract and undermine our march towards prosperous nation building.

* Adesina is Special Adviser to the President, Media and Publicity. 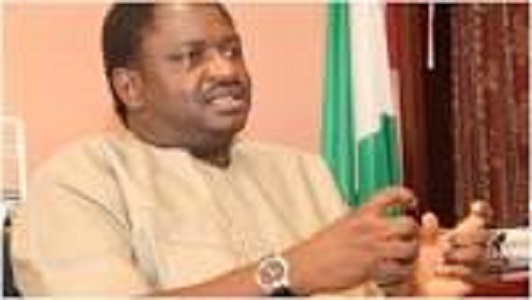 Femi Adesina, presidential spokesman, says the report that Nigerians with bank verification number (BVN) will be given N30,000 as relief fund is false.

The report, which went viral on Friday, said Adesina issued a statement to that effect.

The said amount was to help Nigerians “stock up their home during the stay-at-home order by the government”.

As a way of reducing the spread of COVID-19, both federal and state governments placed restrictions on public gathering.

In a tweet on Saturday, Adesina asked Nigerians to disregard the information.

“Fake news peddlers have concocted a statement, purportedly issued by me, saying FG will pay N30,000 to each Nigerian with BVN, to help them stock up before an impending national lockdown. Not me. The so-called statement is hereby disclaimed,” he tweeted.