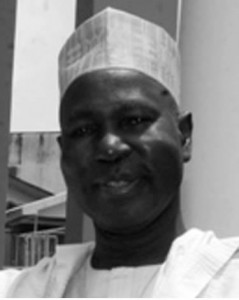 nationalTRAIL can authoritatively reveal that, barring any last minute changes, the Peoples Democratic Party (PDP), will unveil its Vice Chairman North East, Senator Girgiri Lawan from Yobe State, as new Chairman of the party, to take over from Uche Secondus, who has been holding the office in acting capacity, since the ouster of Ahmadu Adamu Muazu.
Girgiri Lawan’s nomination has since been communicated to the party’s caucus in the National Assembly, PDP State Governors, and key stakeholders of the party by the various Excos of the party both in Bauchi, Borno, Yobe, Taraba and Adamawa states, as endorsed by members of the Board of Trustees from the states to which the position has been zoned.
Our correspondent exclusively gathered that Lawan was unanimously chosen ahead of other nominees from states in the North East, including Senator Saidu Kumo from Gombe, Wilberforce Juta from Adamawa, Mohammed Abba Gana from Borno, while the names of former Ministers of FCT, Bala Mohammed, and his counterpart for State Power, Mohammed Wakil, were not even nominated by their states.
Senator Girgiri Lawan, our correspondent further reports; was picked ahead of the other, because of his experiences in mediating in past crisis within the party, and for being an insider in the outgoing National Working Committee(NWC) even as his apparent neutral disposition in the ongoing leadership crisis in the PDP has tended to endear him to the party stakeholders more than any of the other contenders for the position.
Sources from the PDP secretariat confirmed to us that, he is expected to conclude the remaining two months of the present National Executive Council, but may get additional six months extension to make arrangements for the various congresses at the ward, local government and state levels, as well as the national convention of the party now out of government at the center and several other states.
nationalTRAIL reliably learnt that, various caucus meetings of all the zones narrowed down on Lawan, even as PDP governors and other stakeholders from the North East were said to have been comfortable with Girgiri’s choice, as the new PDP chairman, against the belief that this may put to an end the crisis of choice that has caused several postponements of the unveiling of the new Chairman of Nigeria’s foremost opposition party.
While the Exco of the party in Borno nominated former FCT Minister, Mohammed Abba Gana, as a mere formality, in fulfillment of the requirements that each state in the North East should nominate and forward the name of a candidate, Gombe state nominated Senator Umar Kumo, Adamawa on the other hand, nominated former governor of the defunct Gongola state, Wilberforce Juta, while the nominees from Bauchi and Taraba states were not immediately known. Investigations reveal that, earlier contenders to the seat, including former minister of the Federal Capital Territory, Bala Mohammed, former Minister of state, Power, Mohammed Wakil, and former political Adviser to former President Goodluck Jonathan, Ahmed Gulak, did not even scale initial screening for nomination, and their names were not forwarded for consideration to the NEC and NWC which are meeting this week, possibly towards the end of the week, to ratify the choice of Girgiri Lawan.
Sources said the trio of Bala Mohammed, Ahmed Gulak and Mohammed Wakil have been complaining bitterly over their exclusion, and have even threatened to dump the party, but sources said they are being prevailed upon to stay on and join hands with the new leadership in building the party.
Reports last week indicate that any of the three was closer to clinching the seat, having strategised towards that, by convening several meetings of their states’ stakeholders for possible endorsements, only for things to turn around when the governors and senators showed interest in who leads the PDP into the next round of congresses and convention.
One of the governors from the North East, who is seen as the brain behind Girgiri’s choice told our correspondent that the, decision was taken without any form of personal interest, as the PDP is determined to launch a comeback, and that is possible only when key stakeholders in the party, close ranks and work towards recapturing power in 2019.
Investigations reveal that the PDP may come up with a new timetable for congresses at the lower levels and the national convention in September of 2016, to enable it redefine its focus and address certain issues that have bedeviled her since the sudden resignation of Ahmadu Adamu Muazu, as its National Chairman, as a consequence of the loss of the 2015 elections.
nationalTRAIL sought the reactions of some stakeholders, who choose to speak on conditions of anonymity, but concurred that Lawan’s choice in the face of unfolding circumstances in the PDP remains the most viable option, except if people want the PDP to implode as is being predicted.