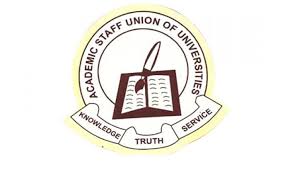 The Yola zone of the Academic Staff Union of University (ASUU) has called on the public to prevail on the federal and state governments to accede to union’s legitimate demands to avoid the resumption of the suspended strike.

Mr Reuben Jonathan, Zonal Coordinator, who made the call at a news conference on Thursday, in Yola, said the zone had met and reviewed the MoA of 23rd December, 2020 signed with the Federal government; the issues related to the draft renegotiation agreement of May, 2021 and other matters affecting the university system generally.

According to him, the zone appreciated the Federal Government’s action in sending visitation panels to public universities.

“However, the zone expects the speedy release of the whitepaper of visitation panels to the universities for the benefit of the university system”, he said.

He called on the state governors, as visitors to state universities, to also emulate the federal government and immediately constitute visitation panels to state-owned universities.

“This lukewarm attitude and deliberate delay has triggered agitations from our members”, he said.

While funding in Nigerian public universities is grossly inadequate, he said, “ the situation is most worrisome in state-owned universities.

“The inefficiency and over-reliance on the federal government’s interventions by state-owned universities, emanating from ASUU struggles, have led the state governors to develop a lukewarm attitude towards funding state universities”, he said.

The Zonal coordinator further expressed concern over the non disbursement of the N30 billion naira revitalization fund as agreed in the 2020 MoA with the union.

Mr Dayo Olakanmi, an educationist, has advised teachers in the country to treat students equally and not discriminate against poor performing students in...
Read more

The National Board for Technical Education (NBTE) has signed a Memorandum of Understanding (MOU) with Zaptrance Workdwide System Ltd. for the development of a...
Read more

Gov. Mai Mala Buni of Yobe, said the “Spelling Bee” competition has been organised for students of private and public schools, as part of...
Read more
- Advertisement -