Oil edged lower on Friday, falling more than two per cent on the week as COVID-19 cases surged globally and oil supply is set to rise in coming weeks. 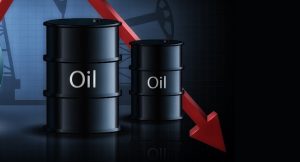 Brent dropped 2.9 per cent for the week and WTI sunk 2.1 per cent

“There is this second wave of fear overhanging the oil market at this point and that’s holding us back,’’ said Phil Flynn, senior analyst at Price Futures Group in Chicago.

In the world’s top oil consumer, the United States, infections are rising in the Midwest, while New York City, which was hit hardest in the spring, is considering renewed shutdown mandates.

The four-week average of gasoline demand last week was nine per cent below a year earlier.

In other parts of the world, daily increases of coronavirus infections are hitting records and new restrictions are being put in place to limit travel.

In India, throughput by crude oil refiners in August fell 26 per cent from a year ago, most in four months, as demand ebbed because the pandemic is hindering industrial and transport activity.

At the same time, more crude oil entering the global market threatens to beef up supply and push prices lower.

The U.S. oil and gas rig count rose by six to 261 in the week to Sept. 25, energy services firm, Baker Hughes Co said.

Libya has recently boosted production and Shell has provisionally booked the first crude tanker to load at Libya’s Zueitina terminal since January.

President Muhammadu Buhari says focus on job creation, consistency in policy and innovation stimulated a 5% growth of the economy in the second quarter,...
Read more

The Federal Government is set to begin the fourth round of the Micro, Small and Medium Scale Enterprises (MSMEs) survey.
Read more
- Advertisement -