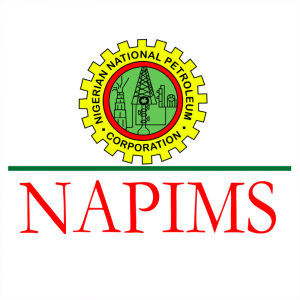 The sad reality is that NAPIMS is an integral arm of the corporation that manages the Federal Government’s Investment in the Joint Venture, Production Sharing Contracts and other Contract Agreements in the Upstream.

This is why Mr. President is doing everything humanly possible to move it to Abuja for easy controls and manipulations while the loud cry by the Niger Delta People for the relocation of oil multinationals IOCs back to the region which is the fortune base of the nation have consistently fallen on deaf ears.

President of the Ijaw Youth Council IYC Comrade Peter Igbifa stated this at a press briefing in Ibeno Clan in Akwa Ibom State after a peace meeting between Council, Leadership and ExxonMobil.

The IYC President noted that the OML 29 gas leakage at Sangana; Ibeno oil spill; gas explosion at Nembe and other related oil spills are sadly becoming a continuum in recent history and this largely is as a result of IOCs operating afar off.

‘We can not as a people keep paying with our lives to sustain the economic future of this country. We are aware of the scheming and internal usurpation techniques by powers that be to keep playing the divide and rule game.

”The use of delayed tactics by Nodsra in site visitation and reporting has further empowered oil firms to celebrate false reports as tidal changes reduces evidence during the intentional delays.”

Igbifa noted that It is time to either relocate the IOCs back to the Niger Delta Region with the full support of the people or risk the future of Nigeria’s Economy. The oil politics been played by the political class must come to an end as this has never been favourable to the region, he added.

Furthermore, the stylistic movement of the head office of the Nigerian Gas Marketing Company NGMC from warri to Abuja must not see the light of day.

According to Igbifa we are not in the dark on the purported plans xrayed by the unsuspecting managing Director of NGMC who have successfully transfered about 70% of the workforce with documents to the Abuja office. These feat will only aggravate an avoidable chaos.

He called on the South South national Assembly members to quickly sacrifice their comforts and address this open secret while he described this plan as an expression of age long hatred by some persons in power and a calculated attack on our bargaining power.

“This is clear war drum beats supervised by President Muhammadu Buhari. You have divided Niger Deltans against each other on the NDDC, while the North East Development Commission wax stronger, you have removed Niger Delta from NNPC, you have directed Oil Companies to openly discharge Oil and gas not needed into the Niger Delta environment just to create a technical genocide for the aquatic and human lives if not for the mercy of the Almighty God while you went to the UN Assembly to speak for the Lake Chad Basin on Wet Lands. As if it is not enough, you have directed the NGMC to relocate to Abuja via a secret Memo.

“It is still shocking that you secretly authorised the relocation of NAPIMS from Lagos to Abuja with an emergency acquisition of a property at a whooping sum of N4.7b and a N2.8b for renovation with variation in Abuja at plot 250, 10th Street, Central Business District, Abuja all to spite the people of Niger Delta. The false claim that NAPIMS office close to the collapsed 21 storey building may also collapse hence, should undergo integrity test has not been tested till this day since they discovered that the said NAPIMS building has no structural drawings which ends the road to integrity test. Let it be made clear that the Niger Delta has a good number of quality buildings with capacity to accommodate less than 600 NAPIMS staffs therefore, relocate NAPIMS to the Niger Delta Region.

“Now it is clear why Mr. President is the Federal Minister for Petroleum with a well orchestrated machinations of revenge for Boro’s 12 days revolution. This table will turn beyond your imagination.

“You are on a mission to create war in this region to show your Presidential might without recourse to God’s existence as the Monarch of the universe. You cannot conquer this region.

“Consequently, you have not less than this month of December, 2021 to relocate the 70% NGMC in Abuja back to Warri or create crisis and pay for it in January, 2022.” he stressed.