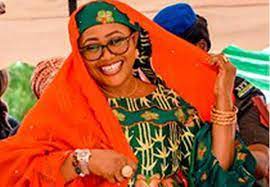 Hajiya Lami Fintiri, Wife of Adamawa Governor, has assured of the state government’s commitment to promote girl child education across the 21 local government areas of the state.

She gave the assurance at the end of a 3-day training for 50 girl children on digital innovation by the state government on Tuesday in Yola.

The training was organised in collaboration with UNICEF ahead of commemoration of 2021 International Day of Girl-child scheduled for Oct.11.

The governor’s wife was represented at the event by Mrs Saso Ali, Permanent Secretary, Adamawa State Ministry of Women Affairs.

She said that the passage of Violence Against Persons Prohibition Bill had shown clearly that government was committed to the girl child education in the state.

According to her, currently the state government has commenced public awareness on the passage of the Act against Gender Base Violence (GBV) and early marriage.

She said that the law would ensure the enrollment, retaining in school up to higher institutions of learning for a girl child.

Fintiri said that government was doing everything possible to protect the children right for a better future.

“Very soon, the child right law will be in place to protect the children, it has passed first reading awaiting the second reading, ”she said.

Mr Joel Jutum, UNICEF Education Consultant, Adamawa, said objective of the training was to encourage the girls to succeed in life with the advancement of technology.

According to him, it has exposed them to learn communication skills, their right as females, good hygiene among other things.

He noted that best 10 of the participants would be selected, while five would go to Abuja and the remaining five to remain in Adamawa for upcoming International Day of Girl-child celebration.

In his remarks, Mr Bathiya Weseley, Chairman, Adamawa State House of Assembly Committee on Education, assured that education-friendly laws would be made in order to safeguard the future of the coming generations.

He urged parents to ensure gender equality in education of their children so as to make the girl child compete with boys in all spheres of life.