Agenda for the 8th Ministerial Confab of FOCAC 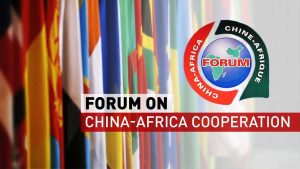 The 8th ministerial conference on the Forum on China-Africa Cooperation FOCAC will be held in Dakar, Senegal from November 29 to 30 this year with the theme: “Deepen China-Africa Partnership and Promote Sustainable Development to Build a China-Africa Community with a Shared Future in the New Era”.

The Dakar conference like others before it will be a gathering of China and African members of FOCAC and offers an opportunity to appraise the achievements of the last three years since the Beijing conference and six years after South Africa. It is also an opportunity to draw up the blueprint of further co-operation going forward.

The world has changed significantly since the last conference a consequence of Covid-19 pandemic and the global economic disruption that came with. The disease has challenged global health and relationships. It has exposed global fault lines and has laid bare the hypocrisy of nations.

While many countries have achieved 0ver 50% in vaccination, Africa has hardly cross the 10% mark! This scenario coupled with the global economic meltdown occasioned by the fall in global commodities prices means African countries has been worst hit by the spiraling effect of the pandemic.

The 8th ministerial conference of FOCAC is auspicious as it would provide China the opportunity to come to the aid of vulnerable African countries in the spirit of South-South cooperation.

In the last three ministerial summits of FOCAC, China had announced massive infusion of financial investments into the economy of African countries.
The Beijing conference in 2012 saw an announcement of $20bn in aid and Investment in African countries. In 2015 Johannesburg summit it was a massive $60bn and another $60bn three years later in Beijing.

China has always being upbeat in its relationship with African nations through the instrumentality of FOCAC and has consistently put its money where its heart is. The upcoming conference offers an opportunity to review what has been achieved and also to chart the way forward.

This year’s FOCAC would be the climax in an epochal year of landmark celebrations. The Forum therefore offers opportunities for new vistas, new agendas and blueprint for the future development of China-Africa relations.

Earlier in May, Chinese State Councilor and Foreign Minister Wang Yi, at a reception commemorating Africa day in Beijing emphasized that enhancing unity and cooperation with Africa has always been high on China’s diplomatic agenda.
China Africa relations he said has “reached a new starting point” and proposed four steps to open up a new horizon for China-Africa cooperation through FOCAC.

These includes the need to keep pace with the times and make this year’s FOCAC meeting a success through more consultation to overcome the impact of the pandemic and deepening the Belt and Road cooperation to forge strong “complementarity” between china and Africa in their development strategies.

Secondly, he advocated defeating the virus in Africa. According to him both countries “need to join hands to beat the virus as quickly as possible” while China has committed to speeding up the construction of the African CDC headquarters to enhance Africa’s overall pandemic response capacity.

Thirdly he backed the need to pursue common development and steadily advance practical China-Africa cooperation. In his views, “we need to make full use of opportunities created by China’s new development paradigm and AfCFTA”.

Fourthly, he called on both Africa and China to uphold equity and justice and strengthen coordination in international affairs. “We should jointly safeguard the basic norms governing international relations underpinned by the purposes and principles of the UN Charter”…. and practice true multilateralism to safeguard the common interests of developing countries”

The summation of cpuncellor Wang Yi, can be said to be the synopses of the Chinese government’s agenda for the 8th FOCAC ministerial conference: More cooperation between China and Africa, promoting multilateralism, halting the spread of the pandemic and giving African economy the needed fillip to return on the paths of growth and development are top on the agenda.

On a general note it is expected that China will continue to support the development of infrastructure in Africa but the projects will not likely be in the scale and scope of the last two conferences or the announcement of large amounts to be devoted as investment in African countries.

The likelihood of announcements of multibillion-dollar transportation and energy projects that were common at previous FOCAC summits is not likely this time around.
As highlighted by Wang Yi, tackling the pandemic in African countries would be high on the agenda. China is expected to announce expanded vaccine production and distribution initiatives along with increased support of multilateral programs like the Africa CDC, which it is helping to finance.

It is expected that the “Green Belt and Road” will feature prominently in this year’s FOCAC.
China played prominent roles in this year’s COP26 and earlier this year China announced it will no longer build coal-fired power plants abroad and the new green development guidelines published earlier this year by the ministries of commerce and environment point to renewable energy becoming a key priority for China’s industrial development and global green transition.

Consequently, it’s quite likely there will be a number of green power initiatives, mostly solar, announced at FOCAC 8th ministerial conference.

While most of the Western world is relapsing into nationalism and trade protectionism China has continued to push for global consensus on opening up and multilateralism towards a shared humanity.
In the just concluded CIIE Expo Chinese President Xi Jinping made commitment to opening the Chinese market and working fully with the World Trade Organization (WTO) to boost global trade.
“We must stay on top of the prevailing trend of economic globalization, and support countries around the world in opening up wider while rejecting unilateralism and protectionism. This is significantly important if we are to take humanity to a better future,” Xi said.

He noted that with a population of 1.4 billion and over 400 million middle-incomers, China will share market opportunities with the rest of the world via measures such as opening more demonstration zones for creative promotion of import trade and promoting Silk Road e-commerce.

“China will firmly uphold the common interests of the world,” he said, pledging to actively join in global efforts to tackle climate change and safeguard food and energy security, and provide more assistance to fellow developing countries within the framework of South-South cooperation and we will not change our commitment to an economic globalization that is more open, inclusive, balanced and beneficial for all,” Xi said.

It is to be expected that there would be more activity in the China-Africa agricultural trading sector going forward. China should be able to leverage on its partnership with African countries that would see more imports of agricultural products from African countries. Especially soybean from Tanzania, chili from Rwanda and coffee from Uganda.
For Nigeria the growing commodity trade in ginger, sesame seed, groundnut, cashew among others would continue to grow, as a way to help boost employment on the continent and to narrow the gaping in trade surpluses between China and African countries.

Announcements of new agricultural products to be imported into China and the deployment of more Chinese agro-tech in Africa, would also be expected.

However, as earlier noted the 8th ministerial conference of FOCAC may come short in terms of announcement of huge financial package by China. The reason is simple, Chinese domestic economy is not upbeat and still reeling from the effect of Covid-19. China just doesn’t have that kind of cash to throw around anymore and may actually work towards a change its development strategy in Africa by encouraging more Chinese private investors to invest in Africa rather than pledging huge resources towards infrastructural development through state owned financing.

Dr. Austin Maho is a media scholar and foreign relations specialist and writes from Abuja