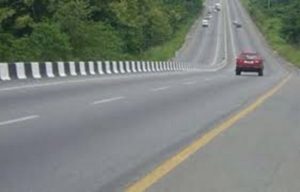 The road projects which are to be executed within a period of one year (12 months), will also have two bridges and drainage with specifications and guidelines approved in the contract signing, even as monitoring and evaluation by relevant government officials will not be compromised.

This was disclosed by the Permanent Secretary Ministry of Works, Engineer Ali Goni Lawan during the official signing of the contract between Borno State Government and the two road construction firms at Musa Musa Usman Secretariat in Maiduguri.

Lawan who now oversees the ministry following the redeployment of the former Commissioner, Architect Yerima Saleh to Ministry of Environment said, the first slot of the road projects is the 5.324km combined dualization with drainages and two bridges at Ahmadu Bello Way to link Bama road, Shehu Sanda Kura road at the cemetery junction linking the Elkanemi Roundabout through to Elkanemi Bridge, down to Lagos junction, Bolori Roundabout to Mogoram Junction down to Lafiya road was awarded to EEC at the cost of N8,76,304,408.18 billion.

The second slot he noted, is the 8.2km road construction, consists of Baga road market- Jajeri – Umarari- Bulabulin with another one linking Texaco- Churchkime – Abdu One road at the total cost of N2,812,405, 577.48 billion which was awarded to Obtuse Tech Engineering Company limited.

Lawan recalled that, in September last year 2021, a tender/bid documents in respect to these projects were advertised in some national dailies, after which, companies were invited for the bid, adding that, EEC and Obtuse Tech Engineering Company won and considered to execute the projects.

“Today is a great day not only to people in the ministry, but the entire citizens of Borno state as we witness the signing of roads construction contracts that are very vital to open up the metropolis.

“These projects were approved by our committed and patriotic governor, Professor Babagana Umara Zulum.

“The first batch of the roads contract were given to EEC and to be signed by its Project Engineer, Mr. Li Chao Qi on behalf of the company, these roads include; dualization of Ahmadu Bello Way to Bama road junction, Shehu Sanda Kura road, Monday Market Roundabout, Elkanemi Roundabout and Mogoram to Lafiya road at the total cost of N8,76,304,408.18 billion.

The second road project of 8.2km consists of Baga road market- Jajeri – Umarari- Bulabulin with another one linking Texaco- Churchkime – Abdu One road at the total cost of N2,812,405, 577.48 billion. It was awarded to Obtuse Tech Engineering Company and will be signed by its representative, Engineer Umar Lawan Sheriff.

“These roads  as I said earlier are very vital, and we urge our contractors to do a good job and complete it within the time frame of 12 months.

“I want to sound a strong warning to the contractors to stick to specifications and guidelines as any one who violate such will be sanctioned.

“I want to also inform you that our Engineers from the Ministry will always be on site to offer professional advice(s) as the need be and you should cooperate with our men on sites to ensure good job.” The Permanent Secretary stated.

Responding in behalf of the two contracting Firms, the Project Engineer of EEC, Mr. Li Chao Qi thanked Borno State Government for considering worthy to execute the road projects and assured that they will do everything possible to meet specifications and complete the work within the time frame.

US Judge Dismisses Jackson Ude’s Case Against Wabote, Threatens To Commit Him To Contempt Of Court

By Our Correspondent The United States District Court, Eastern District of Pennsylvania, has dismissed the counterclaims of Jackson Ude, publisher of Pointblancknews.com, who is the...
Read more

By Micheal Itsede Since 2006, the United States has shown scant regard and refused responsibility for its secret air bombardments in Somalia...
Read more

By Our Correspondent   The sad reality is that NAPIMS is an integral arm of the corporation that manages the Federal Government's Investment in the Joint...
Read more

By Our Correspondent Niger Delta Ex-Militant leaders from the Nine States in the region have unanimously countered and faulted the threat made by a Niger...
Read more
- Advertisement -