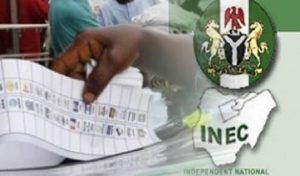 Both chairmen of the ruling All Progressives Congress, APC, Abdullahi Adamu and the main opposition party, the Peoples Democratic Party, PDP, Iyorchia Ayu are battling to survive divisions amongst their members of the National Working Committees, NWC.
While Iyorchia Ayu is fighting hard to defray allegations of bribing his Committee members with large sums of money under the guise of paying them accomodations allowances, Abdullahi Adamu is battling to own up or disown the memo written to the party’s Presidential standard bearer, Bola Tinubu, accusing him of sidelining the party hierachy in his campaign structure.
Iyorchia Ayu did not deny authorizing payments of between N36million and N28 million to each member of the working Committee, even when some of them rejected the pay; while defended same, as having followed due processes.
Abdullahi Adamu on the other hand is denying the authorship of a memo sent to Bola Tinubu.
Both leaders have been trying to explain the true situation of things and their individual roles, but members of the National Working Committees in both parties do not appear impressed.
The trouble in the PDP appears weightier as it borders on integrity: more so that, it is coming amidst internal wranglings amongst key stakeholders of the party.
Iyorchia Ayu’s spokesman Yusuf Dingyadi in a statement on Thursday maintained that, the payments made to the principal officers of the party was deliberated upon and duely approved, but the explanatory notes attached to the refunds made by six of the officers did not agree with the explanations. Each one of them denied knowledge of the circumstances leading to the payments.
Our correspondent who spoke to some of the officers reports that,the party did not give them any notice of the payments and none of them got incident alerts from their banks: making the issue even more controversial.
Coming at a time the National Chairman of the party is being prevailed upon to vacate office, the payments look even more suspicious, prompting some of them to quickly check their bank balances and made refunds.
Some party members argue that, the party did not deem it necessary to clarify to the affected officers prior to the publication which made public the controversial payments and leaves more questions than answers.
As at time of going to press, the crisis seems to be deepening, with those calling for Iyorchia Ayu’s ouster seeming to have gained more grounds pushing for their demands, even as the party leadership has been running from pillar to pole trying to placate agitated members.
For the APC, the controversy over the memo sent to Asiwaju Bola Tinubu is yet causing divisions between the Chairman, Abdullahi Adamu and members of the National Working Committee.
Our correspondent reports that, while Adamu denied authorship of the controversial memo, some members of the National Working Committee insist that, the content of the memo was their collective position, even as they allege that Adamu was denying it because he has been given his own dues in the campaign Council.
The ranging controversy is coming at a time the standard bearer of the party, Bola Ahmed Tinubu hurriedly left the country last week: ostenssibly on health grounds.
But in a deft move to accommodate the warring interests, reports indicate that, the APC campaign council has been further expanded, by 2000 additional posts, with the creation of zonal and state offices.
The expansion seems to have addressed the grievances of the National Working Committee members, although it is subject to final ratification by the Presidential candidate: sources within the party confirmed.
This is even as some party members have expressed worries over Tinubu’s absence for the full take off of the campaigns, having hurriedly departed the country, ostensibly on health grounds.
The worries became manifest following his absence at the signing of the National Peace Accord on Thursday, heightening fears over his physical fitness for the Campaigns.

By Odumu Igbudu The name Mohammed Bello Koko might not ring a bell at the slight. But it is doing wonders at the strategic...
Read more

"... as 5 communities which includes karmo, tudu-uku, loko-goma, nakuse and gwargwada are benefiting in the first phase..." Governor Abdullahi Sule of Nasarawa State has...
Read more