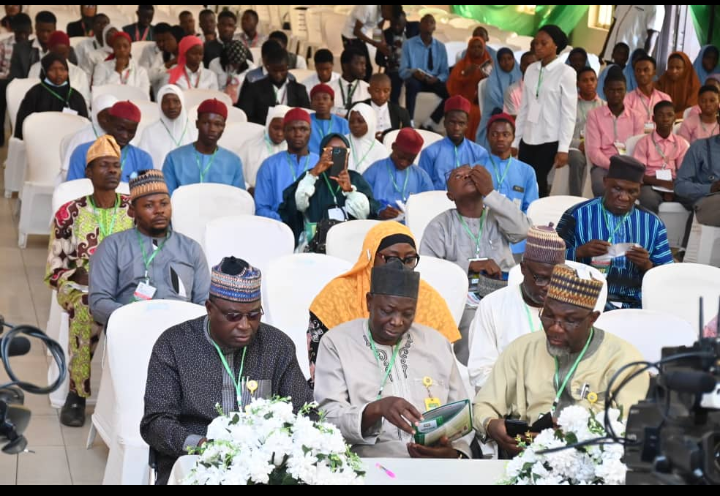 The Director General, National Information Technology Development Agency (NITDA), Kashifu Inuwa Abdullahi, has disclosed that digital technologies have the potential to create a whopping $13 trillion in economic value by 2025, noting that Digital Economy is creating new opportunities for businesses, governments, people and institutions to collaborate and innovate.

Abdullahi, who spoke on Wednesday in Ilorin, the Kwara state capital, at a Digital Economy Sensitisation Lecture Series 2023 organised by the Centre For Digital Economy, Kwara state University (KWASU), Malete, said Digital
Economy is driven by advances in technology such as the internet, mobile devices, and cloud computing, adding that these technologies are making it possible for businesses to reach new markets and customers, and for individuals to access information, goods and services from anywhere in the world.

He said: “In order to fully reap the potential benefits of the Digital Economy, we have to aggregate our resources together as government, people and institutions. The triple helix model is an interaction among these three for the purpose of fostering the economic transformation of various sectors of the economy.

“In this case, our Ivory Towers are the main source of impacting knowledge, research and intellectual discussions. The people and industries being the principal vehicle of commercialisation while the government retains its crucial regulatory role. Government’s role is therefore critical in the development of the Digital Economy because it must create an environment that is conducive for innovation, investment and growth.”

The NITDA MD, who was represented by a Director in the Agency, Oladejo Olawunmi, said institutions play a critical role in the development of the Digital Economy, adding that they are the engines of innovation providing the knowledge, skills, and research necessary for the Digital Economy to grow.

He said: “It is important that these institutions align their activities and curriculum with current societal demands and provide opportunities for students to gain hands-on experience through internships at relevant organisations. The government, through organisations like NITDA, can support these institutions by providing infrastructure, grants, and regulations that foster capacity development.

“At the same time, it is important to remember that the people are at the heart of the Digital Economy. They are the consumers, workers, and entrepreneurs driving its growth and the ones who stand to benefit the most from the new opportunities and services it provides. It is crucial that the Digital Economy is inclusive and sustainable, benefiting everyone.”

In his address, the Acting Vice Chancellor of the Kwara state University (KWASU), Prof.
Shaykh Luqman Jimoh, who lauded NITDA for the donation of equipment through the partnership of Ilorin Innovation Hub to the institution, said the Centre for Digital Economy is one other way the institution is contributing to the growth of her immediate and extended environment, by bringing together key players in the digital economy world to sensitise participants of the diverse ways the digital economy can be jointly harnessed by the government, the people and the institutions to drive the economy and improve the general quality of life of the people.

He said: “In the history of the world, digital technologies have advanced more rapidly than any other innovation, so much so that the world has transformed into a digital world where everyone; governments, organisations and individuals, have become dependent on some form of digital support, however simple.

“The KWASU Centre for Digital Economy (CDE) is in collaboration with Ilorin Innovation Hub and is backed by the National Information Technology Development Agency (NITDA), for Digital Economy training. The training Centre is in Ilorin and is focused on all the processes, infrastructure, and regulations involved in conducting business across markets via the internet.”