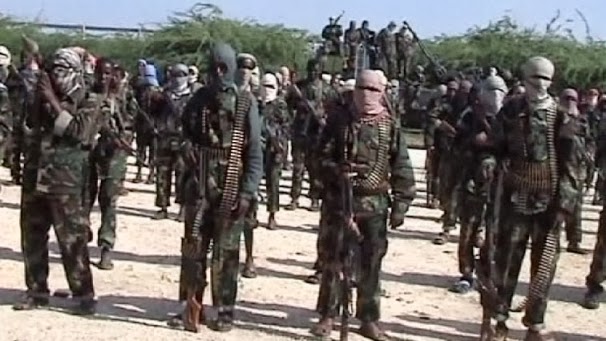 The Federal Government has debunked insinuations in some quarters of the rise in the Boko Haram activities due to some recent tragic events.

Minister of Information and Culture,Alhaji Lai Mohammed, who spoke with journalists on Friday in his country home, Oro, in Irepodun local government area of Kwara state, hailed God as well as security personnel for the peaceful celebrations of Sallah throughout the country.

He said: “Let me use this opportunity therefore to debunk the insinuations in some circles that there is a resurgence of Boko Haram because of some recent tragic events, including suicide bombings and the abduction of some staff of the University of Maiduguri. The truth is that there is no resurgence of Boko Haram. Cowardly bombings and kidnappings are some of the hallmarks of an asymmetric warfare that insurgencies are. And like I say all the time, such wars do not end by the signing of any truce. They taper off with time, as this one surely will.

“We praise Allah that today; we are able to celebrate across the country in an atmosphere of relative peace and security. As we celebrate this festival of sacrifice, we owe the marked improvement in the security situation in our country in general and the North-east in particular to the men and women in uniform, who have sacrificed so much to make our country safer than at any other time since the Boko Haram insurgency started in 2009. Yes, we are not totally out of the woods yet, but we are much better today than we were in 2015, when this administration assumed office”,

The minister hailed the Nigerian gallant troops for living up to their constitutional responsibility of tapering down the activities of the insurgents.

“To ensure that this insurgency tapers off quickly, our gallant troops are daily living up to their constitutional responsibility of maintaining the nation’s territorial integrity, securing its borders, suppressing insurrection or insurgency and acting in aid of civil authorities to restore order and ensure peace, among others. By doing this, they are ensuring that never again will Boko Haram take control of our territories, attack our major cities, including Abuja, at will and fly their flag anywhere in the country,” he added.

He said: “While the entire military has performed what is widely regarded as a feat by largely defeating Boko Haram, I want to focus today on the role of the Nigerian Air Force (NAF) in the achievement of that feat. As you all know, the epicentre of the Boko Haram insurgency is the Sambisa Forest, which is a vast area of 60,000 square kilometres.

To be able to capture ground zero in that forest and flush out the insurgents from their base required a lot of air support for our ground troops by the Nigerian Air Force. Have you wondered how the Nigerian Air Force was able to do that, considering its sorry state just a few years back?”

He said: “If you want to know how significant this is, let me inform you that the last time cadet graduated from that school was 32 years ago! This is possible because the NAF has moved from just two trainer’s aircraft when this administration came into office to 14 trainer aircraft presently, and the number continues to grow, in addition to other logistical issues like availability of spare parts and aviation fuel being squarely addressed. This has also ensured that pilots can conclude their initial flying training within four months! I can tell you that from December last year to June/July this year, the air force has ‘winged’ 32 pilots, who are now fully qualified to fly the air force’s aircraft.

“I have just mentioned spare parts. I am happy to also inform you that unlike the situation in the past, the NAF today has a credit line of up to 200,000 dollars for the supply of spare parts by some foreign companies, making its planes more serviceable and efficient. This development, which was not the case in the past, is a function of the growing reliability and credibility of the force, establishment in the global arena.

“I recently had a meeting with the Chief of Air Staff, Air Marshal Sadique Abubakar, and I want to use this opportunity to share with you the tremendous achievements of the Nigerian Air Force, thanks to the support and the enabling environment provided by President Muhammadu Buhari since assuming office. Today, young and well-trained pilots are the ones flying the aircraft in the inventory of the NAF. Imagine that until recently, officers in the ranks of Group Captains and Air Commodores are the ones flying the aircraft.

“In fact, the present Chief of Air Staff himself flew until he was an Air vice Marshal, the equivalent of a Major-General in the Army!

Today, you have officers who are below 30 years of age, officers who are Flight Lieutenants flying the planes, including the C-130s. They are also serving as instructor pilots. This is a big leap.

“In terms of building capacity through training and re-training of personnel, the NAF has also ratcheted up its capability. For example, for the first time in 29 years, the air force was able to hold its weapons delivery exercise this year at the Makurdi Kaina Range. This is phenomenal!

“Then of course, the air force, which has reactivated 12 aircraft and acquired new ones, including Mi-35 helicopters, is now able to ferry participants at the National Defence College – the apex military training institutions for the Nigerian Armed Forces –  on their study tours, even outside the country.

“In the same vein, for the first time in 15 to 20 years, the air force is able to transport participants at the Command and Staff College in Jaji. This was not possible in the past because of lack of aircraft and the fact that those available were not serviceable.

“Thanks to purposeful leadership of President Muhammadu Buhari, the professionalism and commitment of the Service Chiefs and the unending sacrifice of our men and women in uniform, Nigeria, especially the North-east, is safer today than it was when the administration came into office in 2015.

“It can only get better. So, as we celebrate today, we should all remember our troops in our prayers and continue to support them, instead of dwelling on the Boko Haram resurgence that never was! The media must deny the insurgents the oxygen they desperately crave to survive – which is publicity!”