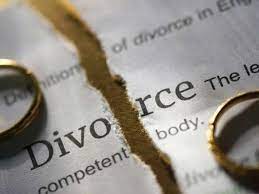 Ms Adoba Odeligbo, a Police Inspector has told a Makurdi Upper Area Court that she was prepared to pay 1,000 times fold of what her husband paid as bride price.

Odeligbo, during her testimony in chief on Tuesday told the court that the marriage between her and Insp Simone Gabriel had broken down irretrievably.

She explained that she was married in 2005 under the Idoma Native Laws and she has two children.

The petitioner said on March 8, 2014,  Gabriel sent her out of their home because she requested to attend a marriage ceremony.

“I want the court to dissolve this marriage so that I can I have my freedom, because of our tradition I can’t do anything now that we are still legally married, even though we are separated.

”All efforts to reconcile us failed.  My offence is that I asked for permission to attend a marriage ceremony.

”He became aggressive and said I was not his wife so I should not tell him about my movement.

She prayed the court to order her husband to cater for his kids and also pay their school fees and other things.

After listening to the petitioner, the President of the Court, Rose Ioryshe adjourned the case until Sept. 10 for defence.