I learned acting from RMD, Ramsey Nouah, Desmond Elliot and not my father – Yul Edochie

Some foreign devotees at the just concluded Osun-Osogbo festival have expressed belief in the sanctity of the...
Read more

Contrary to popular belief that Yul Edochie’s father, Pete Edochie helped him to become a Movie star, the 38 year old has come out to clear that RMD, Ramsey Nouah, Desmond Elliot and many others are the people that helped his career. 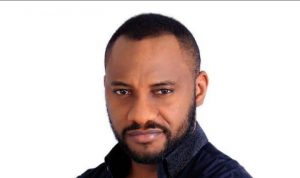 According to Yul, during his morning prayers,he went down memory lane to recall the days of his little beginning in his acting career. The father of four however took to his official Instagram page, the list the names of the people in his industry who helped to shape his acting career.

These names include “RMD, Ramsey Nouah, Desmond Elliot, Jim Iyke, Mike Ezuruonye, Nonso Diobi and others”. Edochie noted that they have his respect.

His caption reads “As I prayed this morning I remembered the early days of my acting career (2005, 06, 07)…I salute these great men.”

The forum of Kogi former political office holders says Peter Obi, the Presidential Candidate of Labour Party is not a threat to the victory...
Read more
Economy