Mr Mohammed Adamu, has condemned attack on security convoy in Borno by armed men suspected to be Boko Haram terrorists. 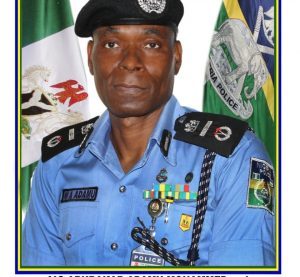 The Force Public Relations Officer (FPRO), Mr Frank Mba, made this known in a statement on Sunday in Abuja.

The News Agency of Nigeria (NAN) recalls that the convoy came under attack on Friday along Monguno – Cross Kawua road.

The convoy was heading to Baga, as part of collective efforts at restoring civil authority in the community.

The IG condoled with the families and friends of those killed during the attack.

The police boss had directed the Police Health Maintenance Organisation (HMO) to provide adequate medicare to the officers who sustained injury during the attack.

The IG also ordered the Assistant Inspector General of Police in charge of the Police Medical Services to work in synergy with the Commissioner of Police, Borno Command and the police HMO to provide the needed medical care.

Adamu said that the morale of police officers and other security agencies involved in providing security, especially in Borno, had not and would not be dampened by the incident.

According to him, the incident has further served as impetus in strengthening the resolve and commitment of the personnel of the force in the fight against insurgency and other crimes. (NAN)