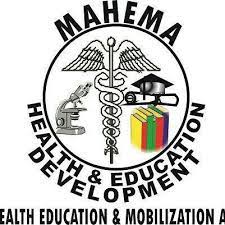 A Bauchi state-based NGO, Mayaka Health and Education Mobilisation Association (MAHEMA), has provided medical assistance to no fewer than 10,000 patients in two years.

Alhaji Aminu Abubakar, the Director-General of the association, made this known in an interview with our correspondent on Monday.

He said that of the figure, 350 patients were treated for eye diseases, adding that while some were operated on, others were given eye glasses and drugs.

“The treatments were conducted during   our medical outreaches across the 20 local government areas of the state,’’ he said.

He added that the eye treatment was conducted in collaboration with a Saudi Arabian Makkah eye hospital based in the Bauchi.

Abubakar said the NGO also conducted a two-week campaign to sensitise the people to the importance of sleeping inside mosquito nets to prevent malaria.

“We visited no fewer than 60 selected village markets during the sensitisation campaign,’’ he said.

Abubakar said that during the period, the group trained no fewer than 700 youth on different vocational skills, including leather work, carpentry, tailoring, bead making and construction of aluminum doors and windows.

“This  is part of our economic empowerment drive towards job creation and poverty alleviation,’’ he added.

The director-general also said that the NGO distributed food stuffs across some selected rural communities as part of its humanitarian services to the people.

According to him, the initiative is not aimed at promoting the political ambition of a particular aspirant or political party as our group has no connection with any political group.

Our correspondent reports that MAHEMA has been working with some international donor agencies like UNICEF and Centre for Emergency Diseases Control (CEDIA) in providing humanitarian services.

By Our Reporter Media practitioners in the South-South region have been urged to continue to give visibility to HIV/AIDS in their reportage particularly as there...
Read more

The Bayelsa State Agency for the Control of AIDS, BYSACA has received an award in recognition of its outstanding performance to institutional systems strengthening...
Read more

The Nigeria Centre for Disease Control (NCDC), has registered five more COVID-19 deaths and additional 176 new infections in 11 states and the...
Read more

A gyneacologist, Dr Prosper Igboeli, has advised women to shun the abuse of antibiotic drugs for their own health benefit. Igboeli gave the advice...
Read more
- Advertisement -