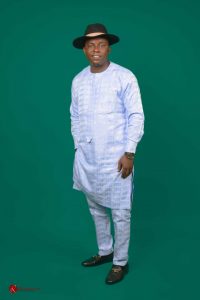 The recently inaugurated Board of the Contractors Association of the Niger Delta Development Commission, NDDC, has pledged to put an end to unpaid executed contracts insisting that the wrong status quo of unpaid contracts executed in the oil-rich region has come to an end.

In a Communique issued in Port Harcourt, Rivers State after a meeting which ushered in a new leadership, the body of contractors urged President Muhammadu Buhari, Minister of Niger Delta Affairs, Godswill Akpabio and the NDDC under the leadership of Effiong Akwa to mobilize payments for contracts executed by its members in the region.

It lamented that the NDDC under the purview of the Ministry of Niger Delta Affairs has failed to heed to its plights despite several letters, complaints and engagements.

Jointly issued by its President, Comrade Sylvester Tonye iyade and Secretary, Comrade John ibigbame noted that the Niger Delta Affairs boss has failed to heed to the sufferings of NDDC Contractors but under its leadership all this will change.

“The Association noted with regret that after donkey years of completely executing contracts and a certificate of completion given, the management of the Commission under the supervision of the Ministry of Niger Delta Affairs led by His Excellency, Senator Godswill Akpabio has failed and or neglected to heed to the sufferings of NDDC Contractors despite several letters, complaints and engagements.

“The Association further noted with great dismay that many contractors who executed one form of project or the other with the Commission took loans to enable them to fulfil their contractual obligations on the awarded contract. Interestingly, some of these projects were completed as far back as 10 years ago. However, due to the continuous refusal of the Commission to pay our members, most of them have died as a result of indebtedness,  ill-health and hopelessness; whereas the Commission daily lavishes funds on parochial and less important issues.

“The Association wishes to emphasise firmly without mincing words, that we will no longer allow the leadership of the Commission and the Ministry of Niger Delta Affairs to further expose our members to untold hardship, ill-health and death as doing so would be tantamount to stepping on the graves of our demised members,”

It added that  “as mandated by the Association,  the leadership of Comrade Sylvester will not sit idly and watch our members die and wallow in indebtedness over the indiscretions , manipulations and schemings of the leadership of the Commission and the Ministry for their own selfish gains”.

The contractors further resolved to “explore all legal options available to us to see that all our contractors are paid. We wish to therefore use this medium to intimate all relevant government agencies and security agencies to take notice as we shall not fail to exercise our constitutionally guaranteed rights in this regard”.

While drawing the attention of President Buhari to the plight of NDDC contractors who have suffered for years to contribute their quota towards the development of the Niger Delta region without honour, the contractors regretted that its members have remained in poverty and  servitude.

“We hope that our demands shall be given the swiftest consideration it deserves as our patience has been pushed to the brink,” the statement added.

The Federal and Cross River State Governments have expressed satisfaction with the investment of the Coronavirus (COVID-19) grants in...
Read more
Entertainment

Ganon Baker, an international high-performer basketball trainer has called for more technical basketball academies in Nigeria to raise the standard of the game. Baker made...
Read more
- Advertisement -