ALGON Is Not For Sale, IMC Fumes Over Plans To Hijack Association 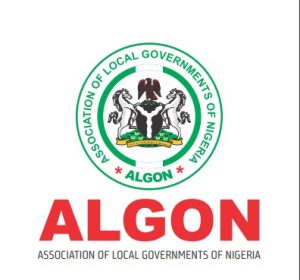 • Reveals plot by Alabi, others to sellout ALGON to Tinubu
• Shadow parties too involved in association activities- IMC cries out
• Tinubu using Alabi, ALGON to gather funds for 2023 election
• Urges Buhari, Obasanjo, State Governors to intervene
The Interim Management Committee has raised alarm over plans by powers that be to hijack the Association of Local Government Area for their own selfish gains ahead of the 2023 general election.
Recall the association is currently facing leadership tussle especially as a dissolved faction led by Hon. Kolade Alabi refused to obey an order of a competent court of jurisdiction restraining him from parading as leadership of the association.
The IMC according to information at its disposal on Thursday, revealed that the said Alabi has connived with a few disgruntled persons to host a back door meeting with the National Leader of the All Progressive Congress, Bola Ahmed Tinubu tonight in Abuja in solidarity ahead of his ambition for 2023 presidency.
As at the time of filing this report, the time of the meeting could not be ascertained, however the Interim Management Committee revealed to our correspondent in a press statement that the association is not for sale and its members does not comprise of just APC.
It said “Our attention has been drawn to plans by powerful shadow parties to buy ALGON for their selfish aim ahead of the 2023 general election. Let it be known in the public domain that ALGON is not for sale and will never be
“ALGON is non-partisan and a political, unfortunately a dissolved leadership led by Kolade Alabi is planning as we speak to mobilise people on behalf of the association to support Tinubu’s presidential ambition ahead of 2023, by this recent development it is therefore very imperative to know that the members of the association are not just privy to APC party members, but other political members are also members of the association.
“Alabi has been hiding under the wings of his godfather, Tinubu to perpetuate evil against the association as it is a well-known fact that Lagos has not been part of ALGON ever since Obasanjo opposed to the formation of development area which Alabi Kolade belongs to. He is a chairman of a development area which is not recognized as one of the 774 recognized LGAs of the Nigerian constitution and he is currently under investigations radar of the anti-graft agencies for diverting over N5billion of association funds.
“The IMC is privy to intelligence that the overzealous chieftain of APC is hell bent on hijacking the Association structure for his political ambitions through Alabi and some disgruntled fellows who are still on the loose with the main agenda of denting the image of ALGON, we wish to alert the general public particularly the media houses, pioneers and stakeholders to look out for strange powerful shadow parties who are all geared up aiming to at having a grip on the soul of our association by having a deceitful back door meeting.”. It added.
The IMC however called on President Muhammadu Buhari, State governors and pioneers of the association to come to the rescue and salvage what is left of the association from the hands of Alabi and his cohorts.