Between Gov Zulum, Security Agencies, the Terrorists and the mystery Attacks 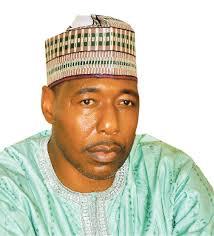 So many questions crossed my mind immediately on receiving the news of the second ambush on the convoy of Borno State Governor, Professor Babagana Umara Zulum. Besides my personal worries for his safety and the likely triumph by the insurgents over his territory, I was confused as to what is really happening.
The first and most obvious question that came to my mind was, whether it was a sabotage to his efforts in trying to resettle displaced people back to their ancestral abodes, and if that is the case, then, who could be behind the sabotage and for what benefits? Secondly, is it that he is not being given the correct information on the situation on ground? Again, why is he being given wrong intelligence as chief security officer?
Why are such attacks coming from a particular axis, or Is there something somebody is trying to conceal from him in Baga, and or is it a fallacy that the terrorists have been dislodged from the area?
I further ask, for the umpteenth time, whether these boys who lack Military training are technically better side and that is why we continue to record more casualties than them every time they strike?
One is further bound to ask, whether the narrative is true, to the effect that there are collaborators in government, and that the fight is in itself a lucrative business venture for some conflict profiteers?
More poignantly: who wants Governor Babagana Umara Zulum dead. Amidst many other questions I further ask, could the whole Boko Haram saga be politics, more than it is a security problem, bordering on transborder criminality? There are just too many questions to ask, the answers to which may not be readily available. I now ask, what needs to be done in the face of this obvious threat to National integrity and cohesion.
It is against this background that I wish to posit, that, mere verbal condemnation of the attacks on Governor Zulum is not enough, the Federal Government and indeed Nigerians must rise up to the occasion now, or be ready to accept the reality of loosing Borno: the Lake Chad region in particular to ISWAP, with attendant consequences.
Governor Babagana Umara Zulum is doing everything expected of a leader to ensure an end to this national malady, but Nigerians should accept the fact that he is handicapped. Very often, his furastration manifest in his open confrontation with the Military, which some people interpret to mean being ungrateful to Military contributions. People around him can attest to the fact that, the Governor is so overwhelmed by the passion to succeed, and any act that seem to negate that drive for solution attracts his wrath.
It is high time Borno citizens, leaders of thought, elders, the clergy, traditional rulers, women and youth and indeed all citizens who desire peace, to confront the Federal Government, and remind her, that, as much as we appreciate her efforts, the efforts are not good enough, until the whole saga is ended.
I dare say, that, the attacks on Governor Babagana Zulum are getting too many for comfort, and the blood if those being wasted as a result of the attack are overflowing the banks if national sacrifice. Periods like this call for support to the Governor and not mere lamentations. Zulum has said it, that, he understabds the motive behind the attacks, and because has had sworn by the Quran to serve, he will be ready to pay the supreme price than accept to be slowed down.
Listening to tge Givernor speak, as he paid glowing tributes to those killed on hus convoy, many were moved to tears, knowing that, had he travelled along with the convoy, thanks to the state assignment that held him back, he probably might have been amongst those fallen. But the resolve in voice was unmistakable and the fire to move on could be seen in his eyes. Zulum needs prayers too as he move on.
I would have been amongst those who would have cautioned him against voyaging into the enemy zone, but know what he stands for and against the background of the hues and cries by citizens, wanting to return to their ancestral homes, I restrained myself from doing so. Dangerous and adventurous as it be, the only option left for Nigerians is support the Governor and trudge along in this inevitable quest to liberate and resettle his people.
As one of my colleagues, Alfa Mohammed stated, cringing against the terrorists is cowardly, fighting back is the new spirit, “enough of this nonsense”. I state without fear of contradiction, that, if it is sabotage, it certainly will have an end point, if it is a devilish trade it will be exposed in the fullness of time and those in it will be known, if it is a technical deficiency, it should be addressed, but whatever it is, we must never surrender. God is the God of mercy, HE fights for the just, defends and strengthens the weak, and enlarges the coast of the righteous. So shall it be with Professor Babagana Umara Zulum.

By: Inuwa Bwala Trends in Nigerian politics show that disagreement between people who seek to control a particular...
Read more

WIKE: THE EMERGING CHAMPION OF THE SOUTH SOUTH REGION

By Paulinus Nsirim Governor Nyesom Ezenwo Wike, went to the ancient city of Benin, saw and faced the agents of a siege ,...
Read more

Like a script of a horror movie, the issue of the now lost Chibok girls has continued to play unending scenes with heightened tension...
Read more

Between Herdsmen And Boko Haram

Nobody knows exactly what their grudges are with communities, whether in the North, or Southern part of Nigeria. But everybody is worried by the...
Read more
- Advertisement -