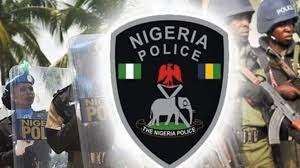 An ex-police officer, who allegedly defrauded a man of N385, 000 on the pretext of securing a police job for him, on Thursday appeared before an Ikeja Magistrates’ Court.

Forty-eight-year-old Alexander Ilesanmi, whose address was not provided, is charged with conspiracy, obtaining money by false pretences and impersonation.

He, however, pleaded not guilty to the charges.

According to the prosecutor, Insp Kenrich Nomayo, the defendant impersonated an assistant superintendent of police and collected N385,000 from one Mr Samuel Akporherhe with an assurance to secure a police job for him.

Nomayo said that the defendant knew that it was false representation.

He told the court that the defendant committed the offences with others still at large in October 2020 and November 2020 at the Police College, Ikeja.

“The defendant, who was dismissed from the force since 2010 as a CP, disguised as an ASP to the complainant and obtained the money from him,” the prosecutor submitted.

The Magistrate, Mrs O.O. Fajana, granted the defendant bail in the sum of N300,000 with two sureties in like sum.

Fajana ordered that the sureties must be gainfully employed and have evidence of two years’ tax payment to Lagos State Government.

She adjourned the case until Nov. 22 for mention.