The police on Thursday arraigned a 20-year-old man, Ibrahim Ayuba, before a Badagry Chief Magistrates’ Court in Lagos State for allegedly stabbing a rider in an attempt to steal his motorcycle.

The defendant, whose address was not given, is facing a two-count charge, but he pleaded not guilty.

The prosecutor, ASP Clement Okuoimose, told the court that the defendant committed the offences on July 6 at 10:30 a.m at Abioye Bus Stop, Ikoga Zebbe on Lagos-Badagry Expressway.

”The defendant committed felony by stabbing one Christopher Amosu with knife on the right side of the neck with the intent to steal his Bajaj motorcycle.

”He unlawfully used a dangerous weapon to stab the complainant on the neck which caused him bodily harm.

“Ayuba was caught immediately after committing the crime and handed over to the police,” he said.

Okuoimose said that the offences contravened Sections 406 and 173 of the Criminal Law of Lagos State, 2015.

The Chief Magistrate, Mr Fadahunsi Adefioye, granted the defendant bail in the sum of N100,000 with two sureties in like sum.

Adefioye adjourned the case until Sept. 6, for mention. (NAN) 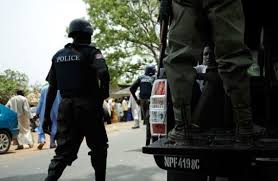