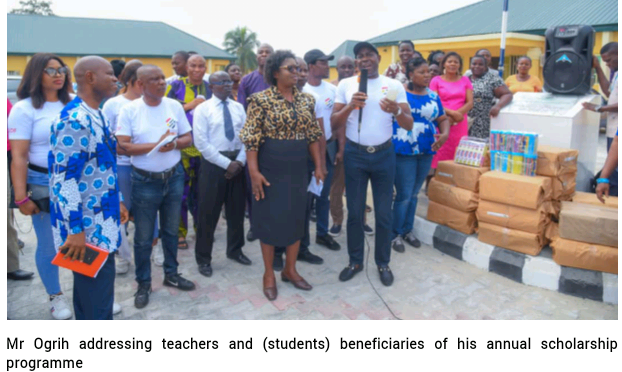 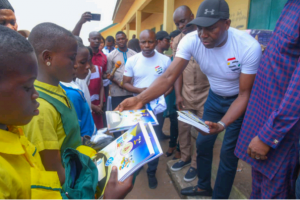 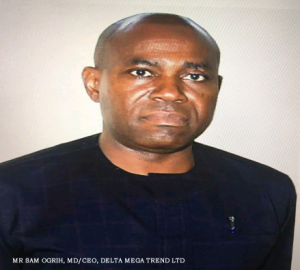 According to LEADS Africa, “the award is in recognition of his contribution to Africa’s Quest for Development via corporate investment, employment creation, philanthropy et al.”
While presenting the award to him in Abuja, LEADS Africa, head of Advocacy, Mr. Morgan Okechukwu stated that, “Mr. Orgih’s commitment to job and wealth creation, as well as his commitment to youth development has earned him both national and international recognition.” Continuing, he maintained that, “Mr. Ogrih is a charismatic leader and passionate promoter of social good.”

The organization also presented a Corporate Mandate Award to the entire team and management, staff and stakeholders of Delta Mega Trend Ltd.
While responding, Mr. Kingsley Okeke, the Managing Editor of African Leadership, who received the award on his behalf, thanked the group for finding Mr. Ogrih worthy of the commendation. In his words, “thank you very much for finding Mr. Orgih worthy of this Award. His commitment to real estate development has made him a force to reckon with in the industry both in Nigeria and beyond.” He also added that, “Mr Ogrih is a silent force in the real estate subsector and has continued to deploy innovation in solving the housing challenge in Nigeria and Africa at large.
Mr. Ogrih is a passionate philanthropist and an accomplished business leader. Through his foundation, Ivory Whetstones & Mentors, Sam Ogrih has continued to provide education support for over 1500 students in the South-South region of Nigeria. His support for primary, secondary and tertiary education is premised on the fact that Education holds the key to liberate the mind and set individuals on the path to greatness.
Sam Ogrih, founded Delta Mega Trend – a Real Estate Development and Civil Engineering works company, in 2009, to help bridge the housing and infrastructure deficit in the country. With offices in Delta, Lagos, Abuja and Houston-Texas, the Company has gained a reputation for blending excellence and profitability for discerning real estate investors. The company’s ongoing real estate development in Warri, Delta State, has in the last three years recorded significant upsurge in price and profitability for investors. It has also been rated the largest and safest real estate development in the South-South part of Nigerian.