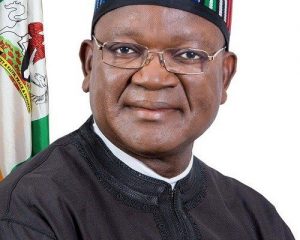 Member representing Makurdi/Guma in the House of Representatives, Hon. Benjamin Mzondu, has decried plots to resist the passage of ban on open grazing law in Benue state noting that all involved should refrain from all antagonistic posture against Governor Samuel Ortom in the fight against open grazing.

Particularly calling out Tiv people, the former Speaker of the Benue State House of Assembly, Hon. Steven Tsav and the former Special Adviser to the Governor on Local Government and Chieftaincy Affairs, Hon. Titus Zam, Mzondu noted all those working against the Governor should be wary so as to escape the judgment of history.

Mzondu in a statement made available to newsmen in Makurdi noted that some Tsav, Zam and their cotravelers, going by their posture appear to be agents of Miyetti Allah, the Fulani sociocultural organization and armed Fulani herdsmen who have been killing and terrorizing the people of the state.

Recall that Tsav and Zam and a few others in a recent statement attempted to blackmail Governor Samuel Ortom on the implementation of the Open Grazing Prohibition and Ranches Establishment Law 2017.

The law maker cautioned that the people of Iharev and the entire Tiv race with not forgive any Tiv personality who for any reason chooses to align with the armed herdsmen and their sponsors for political reasons.

“It is my appeal that Zam, Tsav and other Tiv sons playing politics with the killing of Benue farmers by armed Fulani herdsmen retreat their steps and stand with Governor Ortom to salvage, not just Iharev communities but the entire Benue State from the hands of invaders and their pay masters.

“It is only by doing so (retreating their steps) that history will be kind to them and record them as those that fought on the side of their people,” he stated.

He reminded Zam and Tsav and their allies that their acts of chicanery are late in the day as Nigerians are all aware of the intentions of the armed Fulani herdsmen and their sponsors which tilts towards fulanisation and islamisation.

“Therefore, no amount of blackmail and negative profiling of Governor Samuel Ortom will change the perception of the people of Benue State that he is a leader that has sacrificed his life and office for the liberation of his people.

On the allegation that Governor Ortom used the anti-open grazing law to win election, Mzondu wondered whether the governors of other states and their legislators who passed a similar law are using theirs for election.

“If one may ask, is Zam and Tsav aware that the issue of banning open grazing of cattle is no longer perculiar to Benue State. Did the Governors of those states and the legislators in their Houses of Assembly also promulgate the law for political reasons as they alluded of Governor Ortom whom they said did it to win election?”

However, the law maker urged Zam and Tsav to take any Livestock Guard who breeches the law while carrying out their duties to task, stressing that the law banning open grazing has come to stay in the state and no amount of blackmail will lead to its repeal.