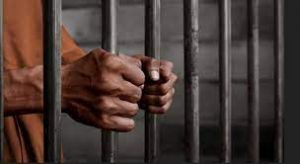 A 28-year-old sales representative, Rita James, was on Monday docked in a Kaduna Chief Magistrates’ Court for allegedly stealing her employer’s N260,000.

The police charged James who lives in Sabon Tasha, Kaduna with theft.

The Prosecution Counsel, Insp Chidi Leo, told the court that Lilian Pascal, of Barnawa, reported the matter at the Barnawa Police Station, on Sept. 30.

Leo said the offence contravened the provisions of Section 207 of the Kaduna State Penal Code Law, 2017.

The defendant however, pleaded not guilty to the charge.

Magistrate Ibrahim Emmanuel, in his ruling, granted bail to the defendant in the sum of N150,000 with one surety in like sum.

He ordered that the surety must reside within the court’s jurisdiction and show evidence of tax payment to Kaduna government.

Emmanuel adjourned the case until Oct. 29 for hearing.