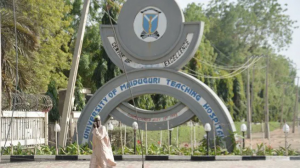 (UMTH), said the hospital spends between N40 to N67 million on diesel.

Ahidjo made this known in an interview with the News Agency of Nigeria (NAN) on Friday in Maiduguri.

He said since the transmission line supplying power to Maiduguri was destroyed in January 2021 by insurgents, the hospital depends largely on generators for its operations.

”The single most costly item among all the expenditures of this hospital is diesel. Averagely we spent between N40 to N67.5million monthly on diesel and the gross revenue generation for the hospital is an average of N40m.

“So, that means diesel alone takes up everything and we cannot even pay to get other consumables and drugs that we need to run the hospital which is averagely about N58m monthly,” Ahidjo said.

He urged well-meaning individuals and organisations to come to the aid of the hospital.

The CMD who lauded Governor Babagana Zulum of Borno for the efforts made to address the power challenges facing Maiduguri and its environs urged the Federal Government to hasten work on the approved 50mw Maiduguri gas power plant station.
He explained that the teaching hospital has conducted the bidding for the installation of solar-powered security lights.

For more than 10 years, several power installations have been destroyed by the insurgents.

As of September 2021, the federal government puts the cost of vandalised transmission equipment in Maiduguri, the Borno capital, at N1.7 billion.

The federal government has begun the replacement of electricity supply equipment destroyed by insurgents in Maiduguri on Jan. 17, 2021.

Maiduguri and the surrounding communities were thrown into total darkness after suspected members of the Boko Haram sect attacked an electricity tower supplying power to the city and disconnecting it from the national grid.

However, a statement issued yesterday by the Transmission Company of Nigeria (TCN), noted that with the support of the Borno Government, all the needed resources have been mobilised to the area to ensure quick restoration of electricity supply.