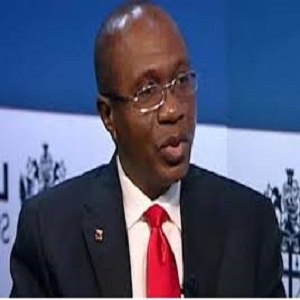 To folks old enough to remember the currency change exercise undertaken by the Buhari military government in 1984, Central Bank of Nigeria [CBN] Governor Godwin Emefiele’s announcement on Wednesday that the N200, N500 and N1000 notes will cease to be legal tender at the end of January next year was the sudden revival of a nightmare. He said new notes will be introduced in mid-December to replace the old notes.

CBN and government might well have a good reason to change our currency notes. Emefiele said 80% of our notes are held outside the banking sector, which he said triggered inflation and weakened the naira against foreign currencies. This was more or less the same reason that Chief of Staff, Supreme Headquarters, the late Major General Tunde Idiagbon, gave when he suddenly made a radio and TV broadcast one evening in April 1984, closed all borders and announced the currency change. Emefiele gave the added reason that kidnappers, bandits and terrorists are holding a lot of money which they got through ransom payments. He also expressed hope, guardedly, that the measure could lead to a naira appreciation.

In Nigeria, a currency change exercise has to be undertaken with the utmost secrecy, otherwise it loses its fangs because the targeted people will rush and deposit the monies in banks. Buhari/Idiagbon’s 1984 exercise was so secretive that the 20 other members of the Supreme Military Council [SMC] were caught unawares. One SMC member’s wife was caught with a lot of money on her farm. The new currencies were printed abroad, flown into the country by Airforce planes before Idiagbon made his shock announcement. Emefiele borrowed a leaf, with slight modification.

Bank of England recently announced the introduction of new notes and coins with pictures of King Charles but said it will be a very gradual process. Monies with pictures of Queen Elizabeth will exist side by side with the new ones and only mutilated notes will be replaced over an indefinite period. Not so here, where Emefiele has set a severe six weeks’ period from mid-December to phase out old notes, obviously because the Brits’ purpose is very different from our own.

The 1984 exercise was one of the most traumatic events in the history of Nigeria. Some people at the time likened it to the civil war. All Nigerian towns were turned upside down as thousands of people lined up outside every bank trying to deposit and, if possible, withdraw some money. Queues outside banks made the current fuel queues look like toys. People ate and slept in the queues; no one dared left his place in the queues because it took so long to arrive there.

Meanwhile, all trading grinded to a halt because traders will not accept old currency, even though there was a month to go before it became illegal tender. By the time new notes emerged from the banks, a two-tier price system developed in the economy. If you come to buy something the trader will ask you, “Are you paying with new or old currency?”

Right now however, the biggest question is, why did CBN spring this trauma upon us in the middle of a general election campaign? Emefiele said the Federal Executive Council [FEC] approved it. Including the timing? Why not wait until after the election at least? The campaigns will be turned upside down in the next few weeks, right until election eve, as people abandon everything else and scramble to change their money.

While our cities and towns now have a lot more banks than there were in 1984, people living in the rural areas will suffer more because they don’t have as many banks. The rural economy is still mostly cash based, hence they have the biggest challenge of deposing old money in the banks.
The timing is very bad. It is remarkable that the Federal Executive Council approved such a potentially disruptive and traumatic event in the middle of a general election campaign.
Mahmud Jega
26th October, 2022