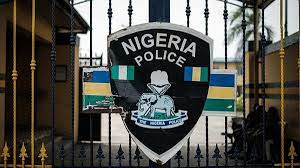 The Police Command has confirmed the killing of two traditional rulers at Nnenasa in Njaba Local Government Area of Imo.

Abattam, however, said investigations were ongoing to ascertain the circumstances surrounding the incident.

According to a source, who pleaded anonymity, the sudden incident left those who attended the meeting scampering for safety.

“The gunmen shot sporadically, hitting the traditional rulers in the process and left the scene almost immediately,” the source said.

It noted that many people at the scene sustained varying degrees of injuries in the process.

US Judge Dismisses Jackson Ude’s Case Against Wabote, Threatens To Commit Him To Contempt Of Court

By Our Correspondent The United States District Court, Eastern District of Pennsylvania, has dismissed the counterclaims of Jackson Ude, publisher of Pointblancknews.com, who is the...
Read more

By Micheal Itsede Since 2006, the United States has shown scant regard and refused responsibility for its secret air bombardments in Somalia...
Read more

By Our Correspondent   The sad reality is that NAPIMS is an integral arm of the corporation that manages the Federal Government's Investment in the Joint...
Read more
- Advertisement -